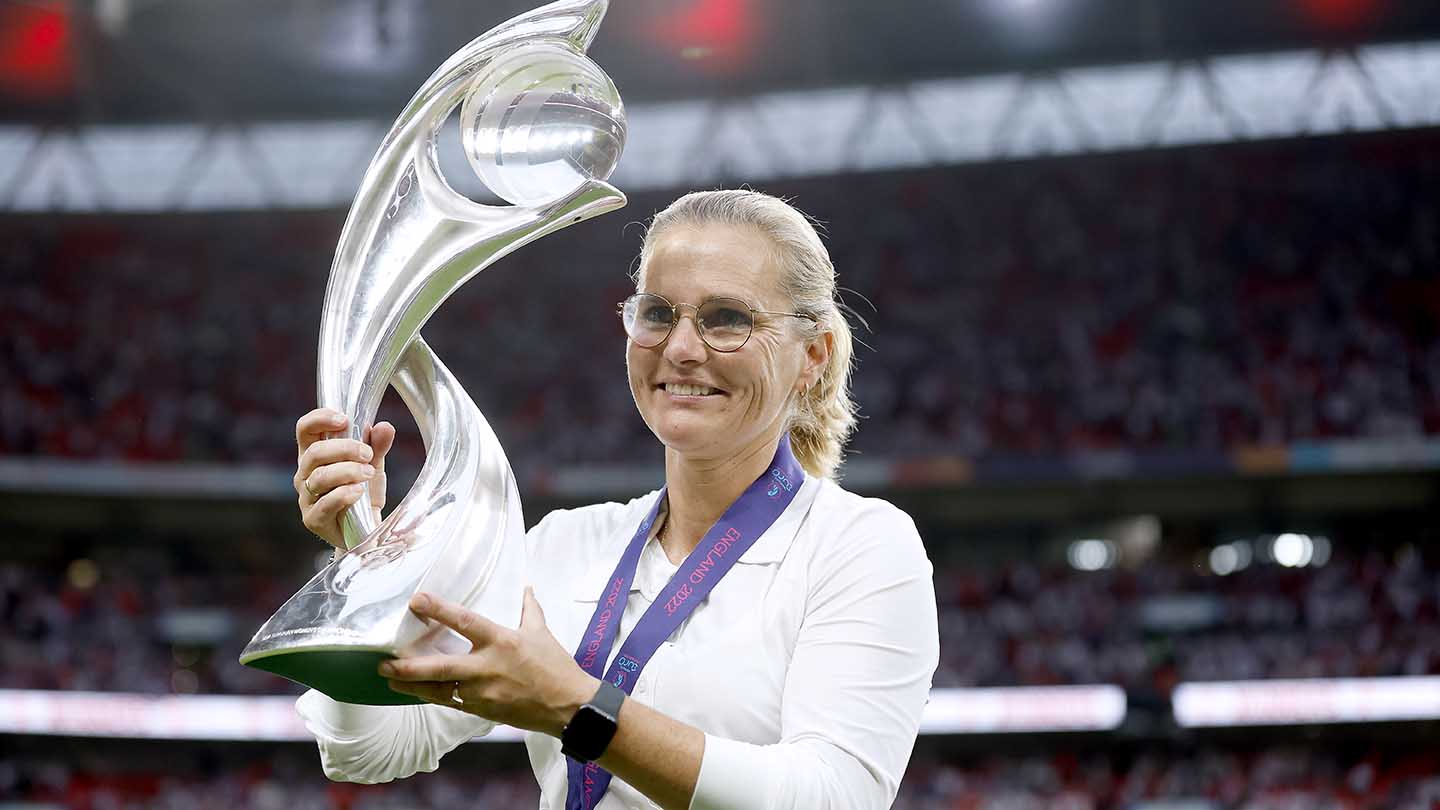 Sarina Wiegman’s superb start to life as England boss has been rewarded with the UEFA Women’s Coach of the Year Award.

Wiegman remains unbeaten as Lionesses head coach, winning 17 of her 19 matches since taking charge a year ago and the fine form culminated in her side lifting the UEFA Women’s EURO trophy in July.

It was announced Wiegman had won UEFA Women’s Coach of the Year at the 2021-22 UEFA Awards ceremony in Istanbul on Thursday evening, when the draw for the UEFA Champions League group stage was also made.

An initial shortlist of five coaches was selected by the UEFA technical study group, before the top three nominees were voted for by a jury composed of the coaches whose teams competed at the UEFA Women’s EURO 2022, the group stage of the 2021-22 UEFA Women’s Champions League, and a group of journalists selected by the European Sports Media (ESM).

Jury members chose their top three coaches, with the first receiving five points, the second three and the third one.

Wiegman was joined in the top three by Germany head coach Martina Voss-Tecklenburg and Sonia Bompastor of Lyon, who won the French league and UEFA Women’s Champions League in her first season in charge.

In her acceptance speech, Wiegman said: "It’s really nice to receive this great award, I’m very honoured and humbled. Thank you for voting and I would like to congratulate Sonia and Martina for their nominations and their great achievement with their teams.

“This award is really for everyone involved with the England team, The FA, the staff and of course, most of all, the players. Thank you very much.

“Things have been set in place and gone very well since I started with the team in September. We’ve really enjoyed it and we’ve performed at our highest level. Our fans have been very great too, so thank you to all the fans for supporting us so much.

Mead has enjoyed a superb year for club and country. She scored 14 goals and had 19 assists for Arsenal and had found the net 14 times for England before the EUROs had even begun.

The 27-year-old then enjoyed an exceptional tournament, scoring a record-equally six goals and finishing the EUROs as top scorer and Player of the Tournament.