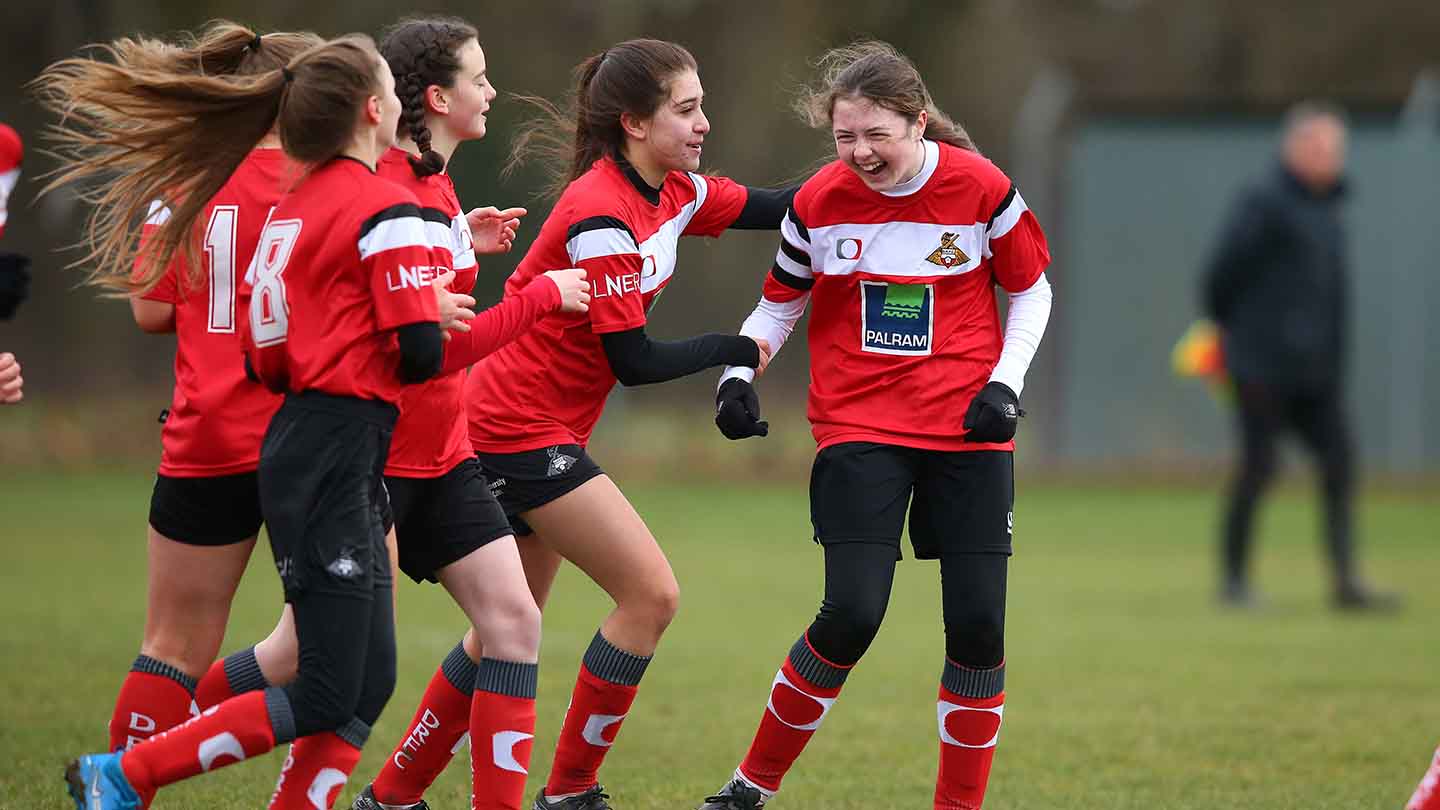 We can today confirm the first 60 Girls’ Emerging Talent Centre [ETC] licences have been allocated, which will see the number of young female players engaged in FA programmes across the country rise from 1722 to over 4200 by the end of the 2023-24 season.

These numbers also present a 59 per cent increase based on the actual number of FA programmes, going from 39 programmes to 60, enabling greater access for players across the country.

The funding has come from the Premier League's latest domestic broadcast rights package, which the Government signed off last year under the proviso that an additional £100 million must be invested over the next four years in a number of key areas across football, including the development of the women’s and girls’ game.

The FA recently unveiled plans to grow its existing talent programme for women’s football with the introduction of up to 70 Girls’ ETCs, aiming to sustain its future and provide a wider and more diverse talent pool for the game. Today’s announcement shows positive progress has already been made.

The national network of girls’ ETCs will be aimed at girls aged eight to 16. The new centres will operate for at least 30 weeks per season and will commence from September 2022. The centres will be underpinned by five key areas:

Earlier this year, the Premier League confirmed it will provide £1.75m per annum for the next three years to support the new network of Girls’ ETCs.

Kay Cossington, the FA’s Head of Women’s Technical, said: “Our key aims are to provide greater access for more players whilst diversifying the talent pool, and I'm delighted that the early signs show that we are well on track to achieve those aims.

“We're extremely excited to be working alongside such a diverse group of clubs and organisations, which will help us identify players for the future, including future England Lionesses.”

Premier League chief football officer Tony Scholes added: “The Premier League and our clubs are committed to developing football at all levels and it is important that girls across the country have greater opportunities to progress in the game.

“We're pleased to have provided the funding which will significantly enhance the pathways for young female footballers, and it is great to see the first licences allocated for the new Emerging Talent Centres.”

Licences were allocated on a regional basis allowing for greater geographical coverage, whilst providing greater accessibility for a larger pool of players.

The full breakdown of confirmed licences can be found below:

In addition to those licences already confirmed, the FA will be staging a second invitational application window for eligible clubs and organisations in targeted areas to further support the aim of greater geographical coverage and access.