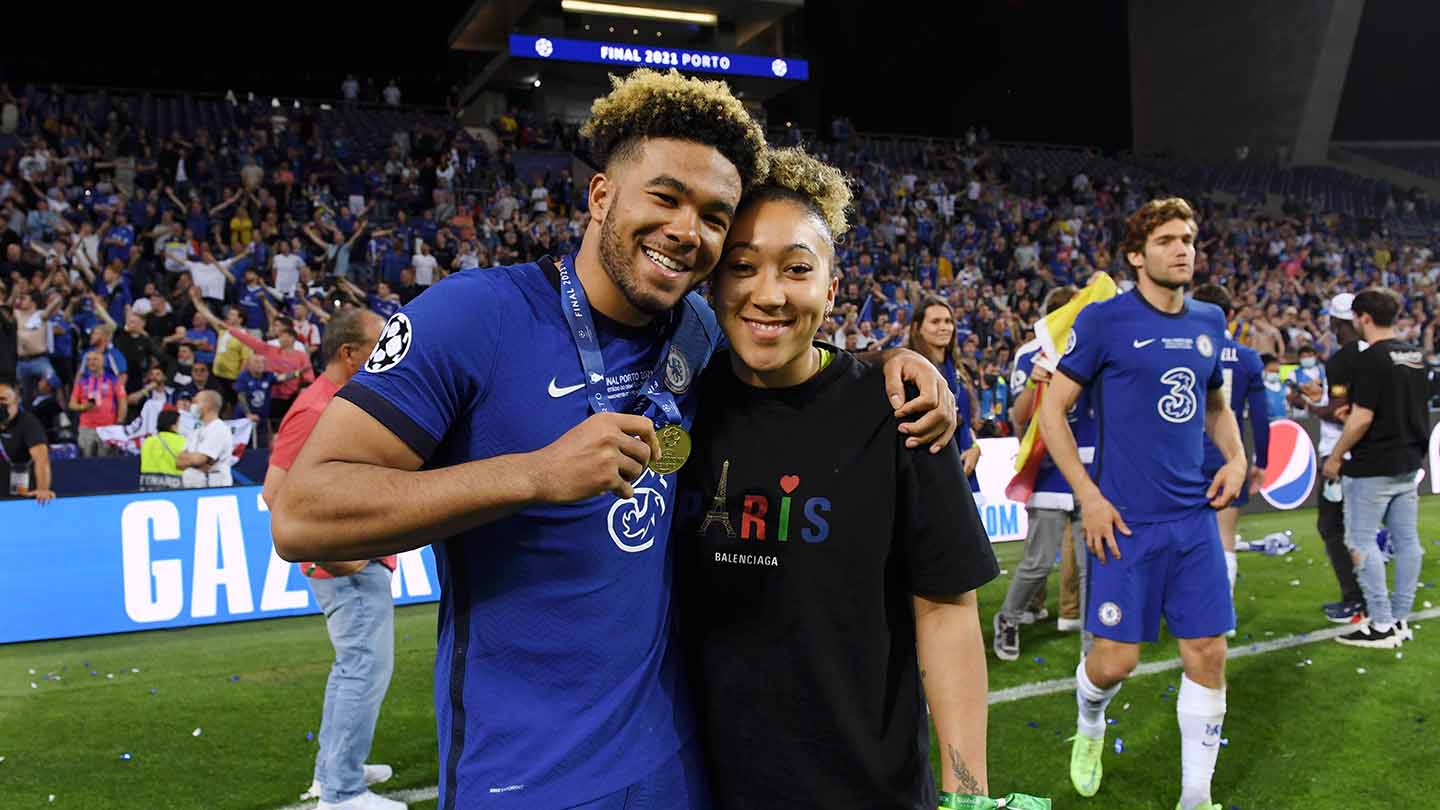 That was Lauren James speaking earlier this week and on Saturday evening in Austria, that dream became a reality as the 20-year-old joined her brother Reece in being capped at senior level, and in the process became the first brother and sister to do so for England in the modern era.

Lauren had been called up by England Women for a training camp back in 2020 at the age of 18 but with injuries hampering her last season, the talented youngster had to wait until the end of August 2022 for another call-up.

Speaking earlier this week, Lauren said: “From the outside, it is a bit like ‘wow’ [having a brother and sister both playing at the highest level] but from our point of view, it is difficult to take it in. We are just both on our own paths and looking to enjoy our football.”

She continued: “Both of us are supportive of each other, where I will go to his games and he will go to my games when he can. We kind of leave each other to it though. Anything to do with football, we both know what we need to do so we just leave the other one to it.

“But outside of football, we have a great relationship and we are really close. I think with our age gap that helps, with it only being two years…He is a funny guy.”

Growing up, the James siblings would play football most days outside their house in Mortlake, alongside brother Josh and dad Nigel, who is a hugely successful football coach and runs his own academy.

When Reece started playing grassroots football around the age of five, for Kew Park Rangers and then Epsom Eagles, an even younger Lauren would often tag along and could be seen on the sidelines playing with other children.

Lauren said: “Growing up, every day we would be playing in the park at the back of our house. We had a massive field and loads of our friends would join in, pretty much every day.

“Even when he went to training, I would be on the side of the pitch, kicking a ball about or I would join in with the other siblings there.

“It was great growing up, being able to play with the boys all the time and kicking a ball about whenever I could.”

Lauren’s talent was clear to see from a young age, as she started training with Chelsea from the age of six and represented the team between under-10s and under-14s levels.

And away from the Blues, Lauren would often play in the same grassroots teams as Reece during summer tournaments.

“We played together for Epsom Eagles and we would sometimes just play for a team so we could be part of the tournament, like we played for Kingstonian one time and there were other teams.”

The talented attacker moved to Arsenal in her teens and became their second youngest player when she made her debut on her 16th birthday in 2017.

But it was the move to Manchester United in 2018 which saw the impressive dribbler make fans sit up and take notice, as she helped United secure promotion to the Barclays Women’s Super League and then finished the following season as the club’s top scorer.

In the summer of 2021, Lauren landed a dream move back to her beloved Chelsea where she was once again reunited with her brother.

Now the siblings have achieved another dream as Lauren joined him in becoming a senior England international.

Speaking in June, Reece told England Football: “It is great [to both be playing for Chelsea and in contention for an England place]. It is what I want to do and also what she wants to do. We both support Chelsea and I am happy for her. She was obviously at Arsenal and Manchester United so when she had the chance to come home, she wanted it and she is happy to be back home.

“She struggled a bit last season [with injuries] but I am sure she is going to find her feet this season and hopefully get a good run of games.”

And Reece was right, as Lauren’s impressive performances at the end of the BWSL season and in pre-season was enough to persuade Sarina Wiegman to call up the 20-year-old for the head coach’s first squad following this summer’s EUROs triumph.

Lauren started the FIFA Women’s World Cup qualifier in Austria on Saturday night on the bench but in the 79th minute the forward came on for another of England’s most exciting young talents, Ella Toone.

Speaking on Tuesday, Lauren said: “I’m obviously really happy to be back because the past season or so it has been difficult with injuries and stuff like that, so to get a good pre-season under my belt has been nice and get up and running again.

“I just want to continue to take it day by day and continue to work hard. Whatever happens, I want to grab the opportunities with both hands. I just need to believe in myself.”

Despite her young age, Lauren has proven herself capable of playing in multiple positions for Manchester United and Chelsea. So what would she consider to be her best position?

She said: “I can play a few different positions. I would say my strength is in one-versus-one situations so [my best position] is probably out on the wing. I do like to play just behind the striker and in the midfielder. It is a tricky question.

“I like most positions. Any attacking positions, I am happy with. As long as you are on the pitch then it is happy days and you just want to do a job for the team and do what the manager needs.”

Becoming a Chelsea player, being recognised as one of the country’s brightest young talents and making your senior England debut, Lauren has followed in her brother’s footsteps so far. And now she will be hoping to do the same once again by establishing herself as a regular in the England squads moving forward.