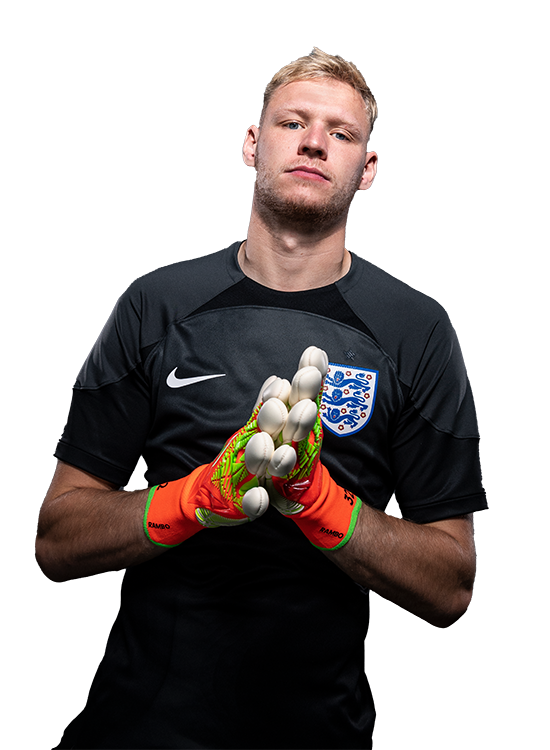 After representing England throughout the development teams, Aaron's first taste of life with the senior set-up came in 2021 when he was named in the provisional list ahead of UEFA EURO 2020.

Ramsdale was initially left out of the EURO 2020 squad but after Dean Henderson suffered an injury, the goalkeeper from Stoke was called into the squad for the home tournament.

A big move to Arsenal followed that summer and after some impressive performances for the Gunners, he was handed his first senior cap by England manager Gareth Southgate during the 10-0 victory away to San Marino.

Ramsdale had previously tasted the disappointment of an early exit from the U21 EURO in March and then relegation from the Premier League with Sheffield United.

But with his prior appearances in the top flight with AFC Bournemouth, as well as collecting international honours with England MU19s at the 2017 EURO Finals and in Toulon in 2019, Ramsdale has already amassed significant experience for a goalkeeper so young.

He had initially started his career with Sheffield United as a youngster, coming through the academy ranks, before heading south to Bournemouth in 2017.

After picking up experience during loan spells with Chesterfield and AFC Wimbledon between 2017 and 2019, he broke into the Cherries' team during the 2019-20 term.