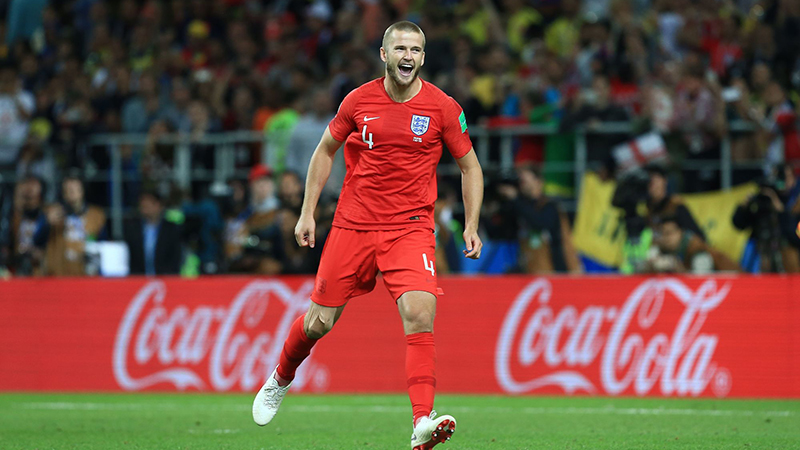 Bio Stats
"It’s the best thing you can do in football, to play for your country."

A strong and steadying influence on any team in which he plays, the versatile Dier is just as comfortable playing as a centre-half as he is in the engine room and has led to him becoming a reliable option in the England squad.

Dier, grandson of former FA secretary Ted Croker, was born in Cheltenham and spent time as a child on the south coast before he moved to Portugal as a youngster, with his parents involved in the organisation of UEFA EURO 2004.

And and after showing his ability in the local school leagues in the Algarve, he was picked up by Sporting Lisbon.

Moving to the Portuguese capital, by now fluent in Portuguese, he quickly climbed through the club's academy ranks following on from the likes of Cristiano Ronaldo and many more, and into the club's senior set-up.

By this stage, he was also representing England in the development teams, following his debut for the MU18s in 2011. He went on to become a regular, featuring at MU19 and MU20 level, when he was part of a squad which competed at the FIFA U20 World Cup in Turkey in 2013 alongside the likes of Harry Kane, Ross Barkley and John Stones.

A switch from Lisbon to Spurs brought him back to his homeland in 2014 and under the initial guidance of Mauricio Pochettino, he became one of the Premier League’s top midfielders and has captained both club and country on numerous occasions.

He was a member of the Three Lions squad at both EURO 2016 and in the 2018 World Cup in Russia, where he earned his place in England history by scoring the winning penalty in the shootout victory over Colombia in the first knockout game.

After missing out on the squad that reached the final of EURO 2020 on home soil, Dier's form under Antonio Conte at Spurs saw him earn a recall to the England squad in September 2022.

Eric Dier: 'I feel like my game is in the best place it has ever been'

Eric Dier: 'I feel like my game is in the best place it has ever been'