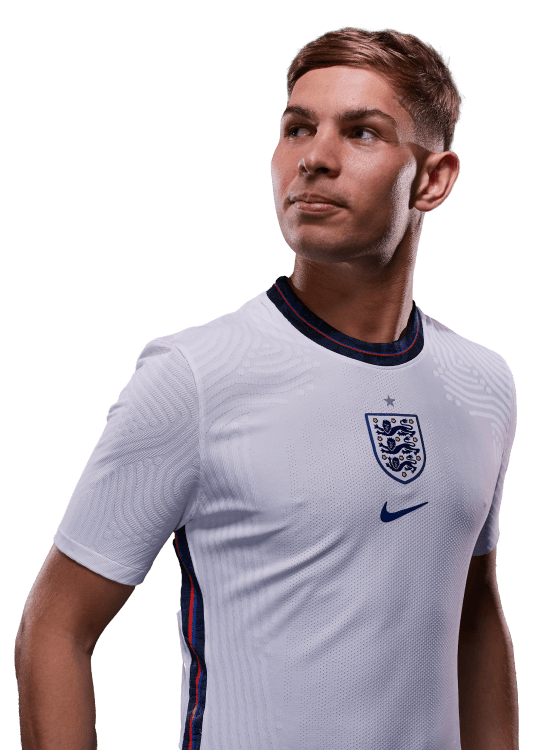 The Croydon-born attacker learnt his trade as a youngster playing on the streets of Thornton Heath in south London, where his eye-catching ability on the ball saw him picked up by Arsenal's academy at the age of ten.

After moving to the north of the capital, his development in the Gunners academy saw him make real strides on both the club and international front as he came through the ranks with both England and Arsenal over the following years.

Having already represented the Young Lions at MU16 level in the 2015-16 campaign, he soon caught the eye at Arsenal and was fast-tracked into their MU23 squad at the age of 17 before joining in with first-team training.

By this stage, he'd already become a champion with England, as part of the squad who won the FIFA U17 World Cup in India in 2017 and he was subsequently loaned out to gain first-team experience in Germany with RB Leipzig in 2018 and then with Huddersfield Town in the EFL Championship in 2020.

With some impressive performances during his time with the Terriers, his return to Arsenal for the 2020-21 campaign saw him elevated into their first-team squad and given the chance to perform in what proved to be his breakthrough campaign.

He was subsequently capped by England MU21s and featured in the UEFA U21 EURO Finals of 2021 before starting the new campaign with the Young Lions under Lee Carsley.

But his continued emergence as a key player for Mikel Arteta's side, where he had taken over the number ten shirt, saw him earn his first senior international call-up when he joined Gareth Southgate's squad for their November matches with Albania and San Marino.

After a 13-minute cameo in the 5-0 win over Albania, Smith Rowe started against San Marino three days later and marked the occasion with his first senior England goal and assist in the 10-0 victory.