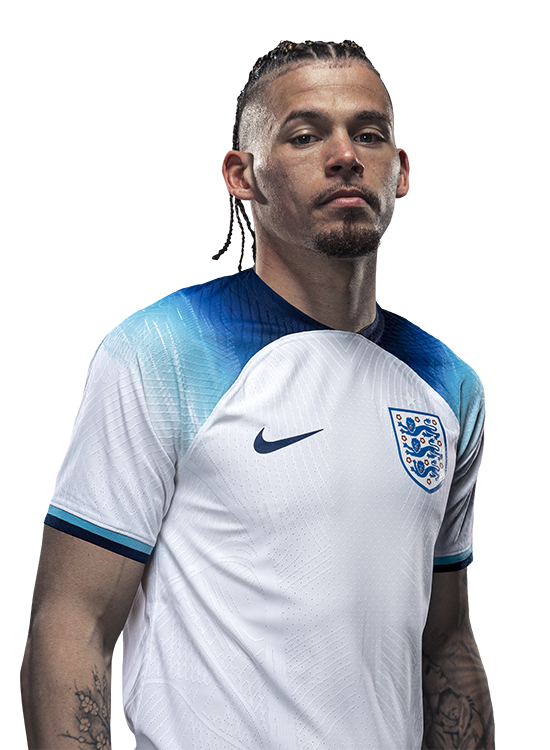 Bio Stats
"I'm obviously a very happy person and just to break the news to my family was the most important thing and it's a very touching moment for me."

A first England call-up at any level arrived for the Leeds United player in August 2020, after he'd led his hometown club to promotion up to the Premier League in the 2019-20 after winning the EFL Championship.

A combative midfield player, who's never far from the action at either end, Phillips also provides a deft touch in attacking situations with his set-piece deliveries.

Nicknamed the 'Yorkshire Pirlo' by fans at Elland Road, he came through the academy ranks with Leeds before making his first-team breakthrough in the later stages of the 2014-15 campaign while still a teenager.

He added more games under his belt the following season before the 2016-17 term saw him become a real regular in the starting line-up as Leeds began to push for promotion over a number of seasons.

By the time he was called into the England squad for the UEFA Nations League games with Iceland and Denmark in September 2020, his ability had already been earmarked by Gareth Southgate and his faith in Phillips was illustrated by being handed a spot in the group before he'd even made his top-flight debut.

Phillips' importance to the Three Lions continued to grow and by EURO 2020 he had secured a regular spot alongside Declan Rice in the heart of the midfield.

The all-action midfielder started all seven EURO 2020 matches and only missed out on 25 minutes, when he came off as a substitute against Ukraine with his team already 4-0 up.

His impressive campaign was recognised when he won the fan-voted 2020-21 BT England men’s player of the year award.

Where it all began

That's for you, mum

That's for you, mum

Kalvin Phillips sits down with Timsby to give his First Impressions following his call up, touching on how he reacted when Gareth Southgate called, his promotion with Leeds, competing for a spot in midfield and how he feels to represent England.