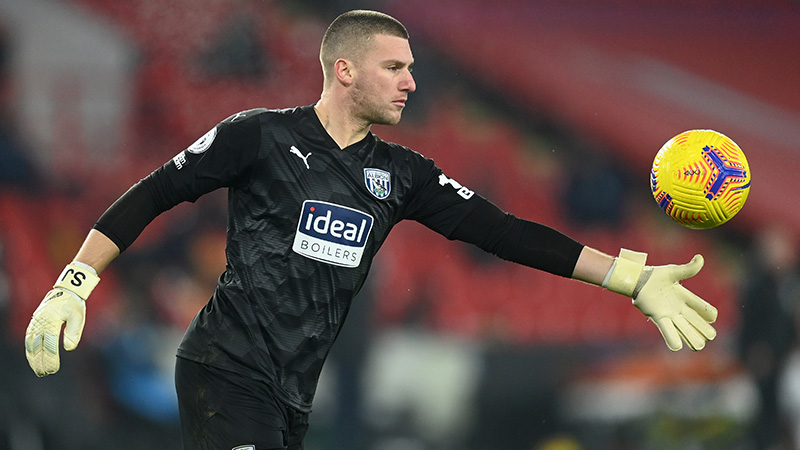 Sam Johnstone won his first England senior call-up in March 2021, after some scintillating displays for West Bromwich Albion during their Premier League campaign in 2020-21.

He went on to make his senior debut against Romania in June 2021 and kept a clean sheet in the process during a 1-0 win at Middlesbrough's Riverside Stadium.

The Preston-born stopper had been on the international radar long before that though, having picked up caps at U16, U17, U19 and U20 level while he was coming through the ranks at his first club, Manchester United.

On a domestic front, Johnstone moved away from Old Trafford to get the first-team chances he wanted and impressed in loan spells with Doncaster Rovers, his hometown club Preston North End and Aston Villa before he made a permanent switch to West Brom in 2018.

He's since established himself as one of the best English goalkeepers having helped the Hawthorns club win promotion back to the top flight in 2019-20 before excelling in his first full season in the Premier League.

Despite West Brom's relegation to the Championship, his impressive performances secured him a spot in England's EURO 2020 squad.