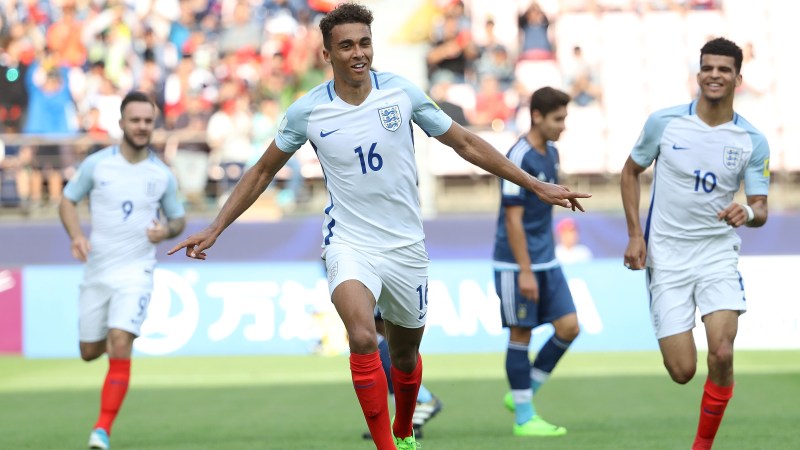 "As many people say, it’s a dream to play for your country."

There's not many Englishmen who can say they've scored the winning goal in a World Cup Final, but this is one claim which Dominic Calvert-Lewin will always be able to proudly state.

The big striker was one of England's talismen at the FIFA U20 World Cup in South Korea in the summer of 2017, as Paul Simpson's Young Lions swept aside all challengers before beating Venezuela in the Final thanks to Calvert-Lewin's strike.

And it was relatively early in his international career too, with Calvert-Lewin getting his first national call-up at the start of that season while he was still a young player with hometown club Sheffield United.

It didn't take long for his potential to be spotted at Bramall Lane, and after just a handful of first-team appearances for the Blades he joined Everton in August 2016 where he has since developed into a regular top-flight goalscorer.

After his World Cup highlight, Calvert-Lewin became a regular for Aidy Boothroyd's MU21s as they reached the 2019 U21 EURO Finals in Italy, while continuing to pick up more experience and appearances at Goodison Park.

And it was after a strong goalscoring start to the 2020-21 campaign at Goodison Park under the stewardship of Carlo Ancelotti that Calvert-Lewin earned his first senior call-up to Gareth Southgate's squad, when he was picked in the group to play Wales, Belgium and Denmark at Wembley in October 2020 where he his run of scoring has continued.

The Three Lions beat Wales comfortably in their return to Wembley Stadium. Debutant Dominic Calvert-Lewin continued his hot form as he opened the scoring, whilst newcomers Danny Ings and Conor Coady also got on the scoresheet.