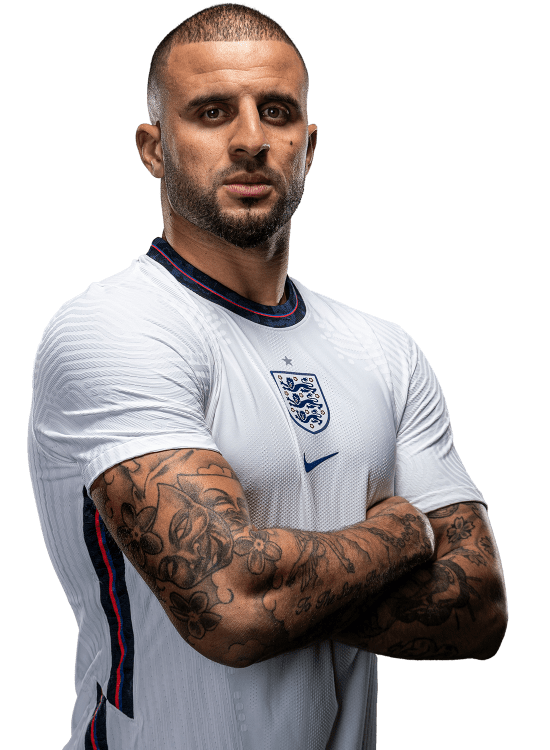 Bio Stats
"This England team now with the relentlessness and digging in for each other, they're a pleasure to play with."

A marauding right-sided defender with an imposing physique and bags of pace who has become an indispensable player for both England and Manchester City.

Having first featured for England at MU19 and MU21 level, when he excelled in their respective EURO Finals of 2009 and 2011, he made his senior debut against Spain in November 2011 and has been a squad regular ever since.

A native of Sheffield, he joined with the Steel City's United academy at the age of six and developed under their tutelage before breaking into the first-team squad while still a teenager.

It didn't take long before scouts were flocking to South Yorkshire, and he sealed a move to Tottenham Hotspur in 2009 where he went on to spend eight years with the north London club.

After initial loan spells back at Bramall Lane and then with Aston Villa and QPR, he began to hone his talent in the top flight and become a first-team regular at White Hart Lane under Harry Redknapp.

But it was a switch to Manchester City in 2017 which saw him pick up his first Premier League title as he became an integral member of Pep Guardiola's all-conquering team.

Walker's pace is regularly highlighted by his England team-mates as the quickest in the squad and despite a number of talented young right backs coming through, his importance to Gareth Southgate remains.

During the 2018 World Cup, Walker starred as a right-sided centre back in a three and he impressed in a major tournament once again at EURO 2020 when the Three Lions switched to a back four.

Kyle Walker sits down and discusses his favourite England memories, including how it felt to make his international debut, his proudest moments and what he thinks the future holds for the Three Lions