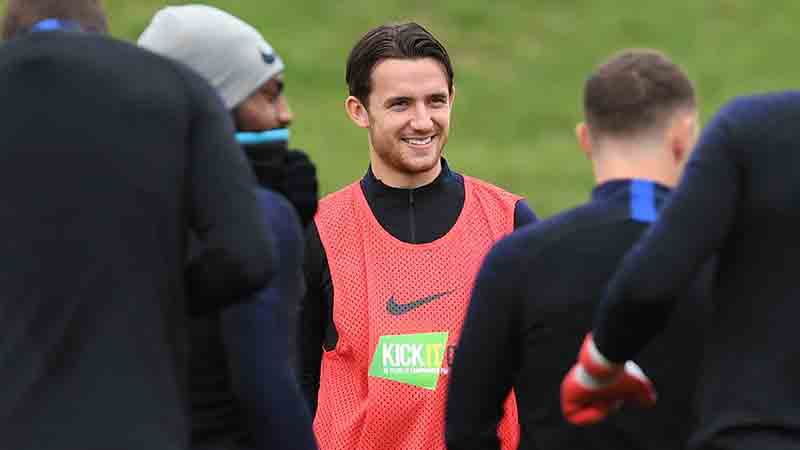 “It’s fair to say, I’ve had some of the best moments of my career with England."

An attacking force from left-back, Ben has been a mainstay for England at all levels since first breaking into the Young Lions set-up with the MU18s in 2014.

Born in Milton Keynes, where he played alongside the likes of Dele Alli and Brendan Galloway while growing up, he began his career with Leicester City’s academy before graduating into their first-team squad following an impressive loan spell with Huddersfield Town as the Foxes collected their infamous Premier League title in 2016.

Not only does Chilwell offer a threat with his pace and delivery, he’s also equally steady and tenacious in the tackle which makes him ideally suited to the modern full-back profile.

He was first called into the senior squad in September 2018, when he stepped up from the MU21s squad for a game with Switzerland, ironically played at his home ground at the King Power Stadium. A substitute appearance followed and Chilwell hasn't looked back, becoming a regular fixture in the squad and looking to make the left-back spot his own.

After helping the Three Lions reach the inaugural UEFA Nations League Finals, he was an almost ever-present as England qualified for EURO 2020 while also establishing himself in the Premier League with Leicester.

'Chilly & Rice' face one of the toughest questions of all... what is the best food of all time?