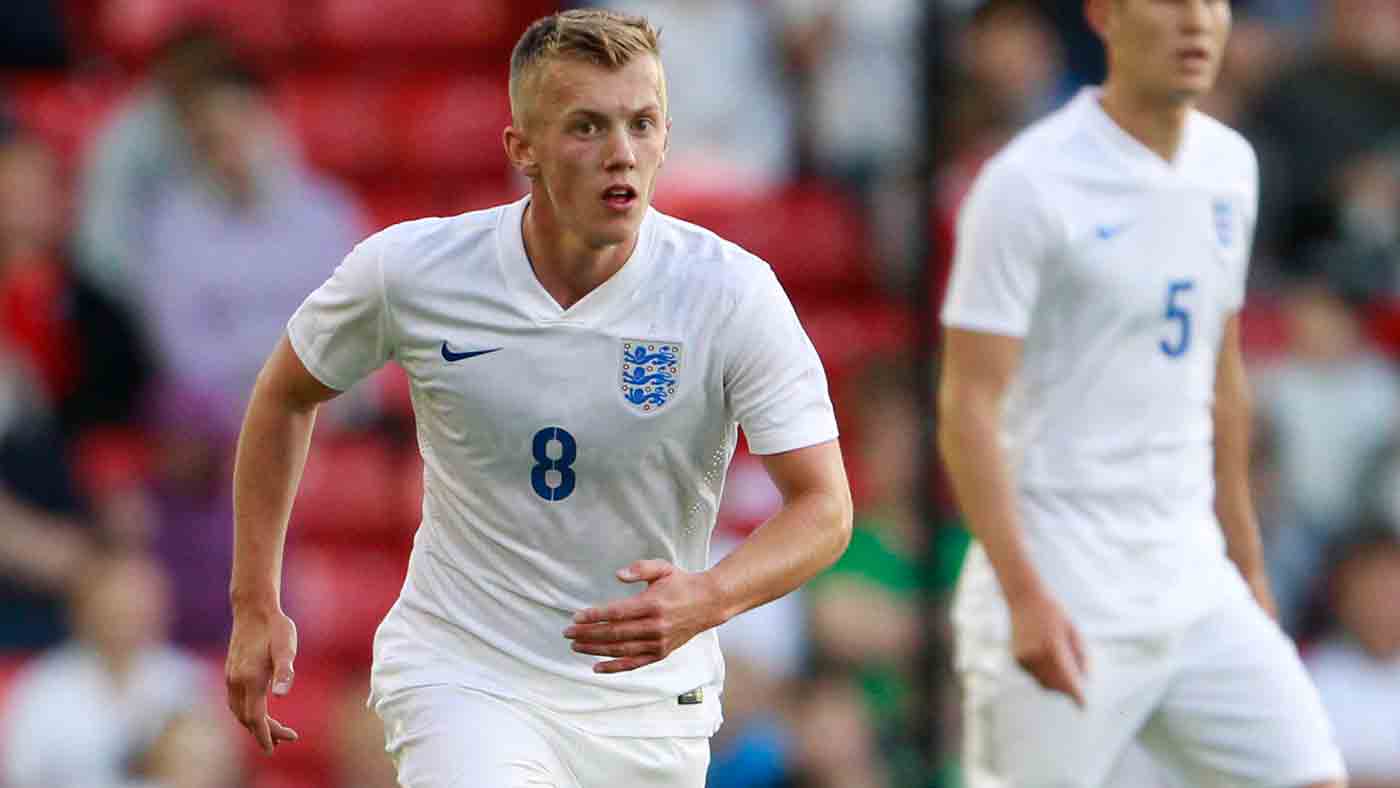 "To score for England was a moment I will treasure forever."

A regular and reliable performer for England at all levels since his first call-up for the UM17s in August 2010, James Ward-Prowse earned his senior debut while still the M<U21s captain in March 2017.

He featured for Gareth Southgate's side in a game with Germany in Dortmund after some impressive form with Southampton and for the Young Lions, but had to wait another two years for his next involvement with the senior squad when he was drafted in for the EURO 2020 qualifying game with Czech Republic in 2019.

Ward-Prowse's ability from set-pieces, passing, calm head and determination have seen him become a popular player for both club and country and he has amassed a lot of experience on the international scene.

Having featured in two U21 EURO campaigns, in Czech Republic 2015 and then reaching the semi-finals in Poland in 2017, as well as featuring in an U20 World Cup in 2013, the Portsmouth-born midfielder has tasted tournament life and also impressed on those stages.

As an 18-year-old, he scored a memorable free-kick against Brazil in the 2014 Toulon Tournament before he led the Young Lions to the prestigious title two years later under Southgate's charge.

James Ward-Prowse and Luke Shaw sit down for a game of Questions, as they decide who has the best trim in the England squad, Prowsey vs Becks on free-kicks and which club mate they'd bring with them on international duty.