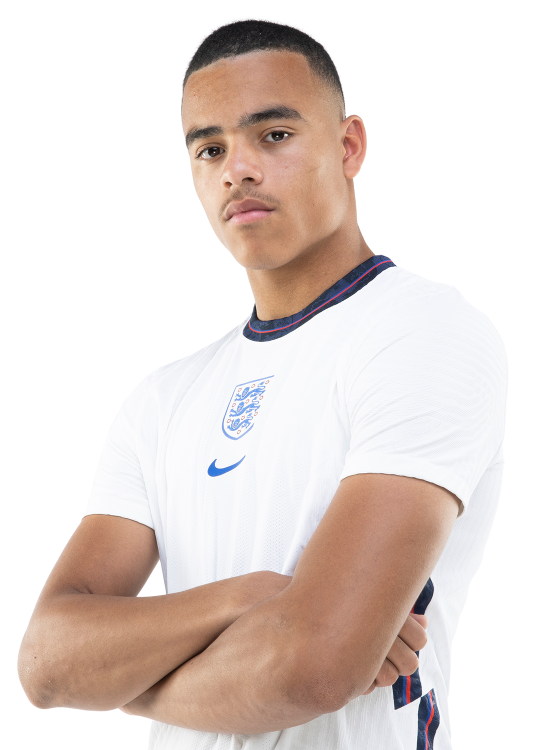 Buy the shirt
Next player

"Playing for England and being selected for England is every young boy’s dream so I’m privileged and honoured to be selected because it’s a good group of lads and I’m just happy to be here."

The Manchester United forward really burst onto the scene in the 2019-20 season, with a strong finish to the campaign helping him to earn his first call into the England men's senior team in August 2020.

Born in Bradford, West Yorkshire Greenwood crossed the Pennines to join United as a youngster after initially training with them at a development centre in Halifax.

His raw potential was quickly spotted by the Old Trafford academy coaches and he was often found playing in two age groups above his his peers as he rose through the ranks.

He eventually making his senior competitive debut for United in a crucial Champions League game with Paris Saint-Germain in March 2019 and then made his domestic bow in the Premier League soon after that with a substitute appearance against Arsenal while still just 18 years old.

Greenwood had also been a regular for England during the early stages of his career, winning caps at MU15, MU17 and MU18 level before he was fast-tracked into Aidy Boothroyd's MU21s squad at the start of the 2019-20 campaign where he continued to shine.

With a keen eye for goal, the ability to finish with either foot, strength in the air and pace, Greenwood can play as an out and out striker or from the flank and offers another attacking asset to Southgate's squad.

The Three Lions prepared for their UEFA Nations League opener against Iceland with a training session of small sided games and shooting training for the strikers.