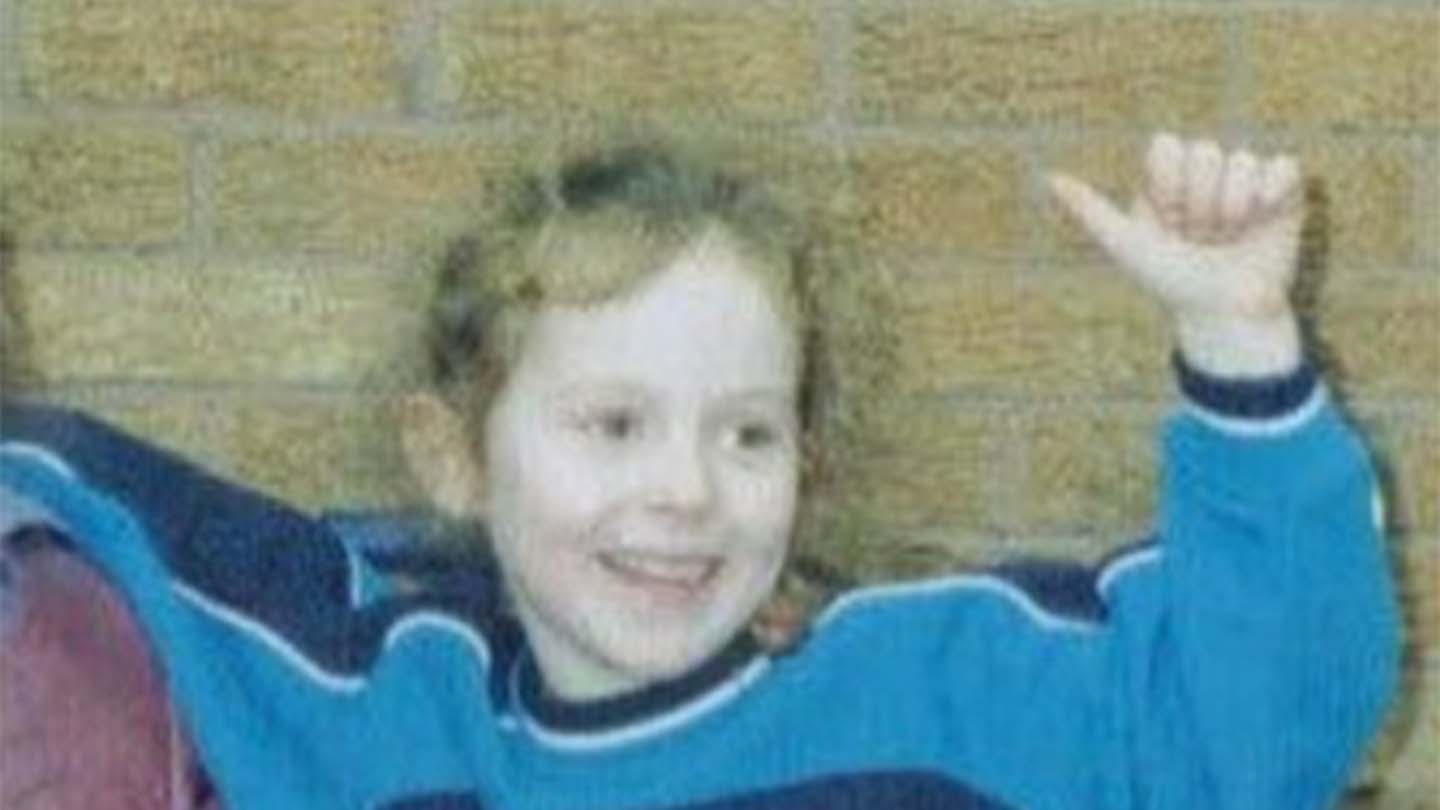 Lionesses star discusses her journey from playing football in Rochdale to reaching 50 caps for England. She also talks about the influence of her Dad, grassroots coach and Spanish football on her career

My earliest football memories would be playing on the field opposite the house with my dad in Syke, Rochdale. He would come home from work and we would go for a kickabout. We would come in for our tea and then I would ask to go back out again.

At Healey Primary School I would play at break time and lunchtime with my friends. I would have to take trainers in to get changed into because my Mum didn’t like me scuffing my school shoes. Even after school, my Mum would have to wait for me in the car for an hour while I practised against the big brick wall which had a goal painted on it.

In Haslingden High School there was a girls’ football team which I played in until year nine. We actually got to a national finals at Blackburn Rovers. The school was really good at promoting women’s football and I think it helped that our PE teacher played football.

I started playing grassroots football around the age of five or six. My best friend at primary school, his dad started a team in Rochdale called Pearson Juniors and they had a lot of teams all the way through. He coached my age group because of my best friend playing and I went down with him and it is all I ever really knew, playing football with the lads.

I was the only girl on my team and there was a girl on the team a year older than me. It was nice that I wasn’t the only girl in the whole club and she was a really good player as well, so it was easy to have someone to look up to.

I played grassroots football until I was 12 and the rule that I couldn’t play with boys anymore. I played for Pearson Juniors and then when I got a bit older I played for a team called Samba Stars, which was run by the same manager, Chris Burnham. He then put me forward for trials at Blackburn Rovers’ centre of excellence and I played for them until I was 16 or 17, before I signed professionally with Manchester City.

Midfielder shows her talent during a recent training session for England

Chris had a huge influence on my career. He has sadly passed away now but I probably wouldn’t be sat here as an England international if it wasn’t for him. People talk about what it was like to play women’s football when they were younger but I never experienced any of that bad stuff. He was probably one of the first coaches to understand the importance of young girls playing football and he always made sure I felt included.

I thought I was one of the boys and for him to make me feel so comfortable in that environment and to push me forward and put me forward for trials at Blackburn was massive. My Mum and Dad didn’t know what the next step would be for me when I wasn’t allowed to play with the boys anymore so if it wasn’t for him pushing me, including me and making me feel so welcome, I don’t think I probably would have carried on playing as far as I did.

I actually started out as a left back. When you are younger, you play seven-a-side so you don’t really have centre halves so I was more of a left-sided centre half. I’m not even left-footed so I don’t know why I was shoved there!

Then when we went to 11-a-side with Samba Stars and I was at centre half. When I joined Blackburn, I joined them as a centre half and then at under-14s we had a different coach for an evening and he was like ‘I think you would be good in midfield’, so they tried me in midfield for one session and I have been a midfielder ever since.

I think a lot of my technical ability came from my dad. He always made me watch Spanish football and how they played so I think a lot of my influence came from that. Because I was really small when I was a kid, I had quite a petite frame so I had to be technically very good to be able to keep up because otherwise I would have been bullied.

I was just obsessed with football. It didn’t matter where I was, I would take the ball with me. If I was going out for food, I would make my Mum order for me so I could go out in the car park so I could practice. It was all those little bits of practising my first touch, my passing, my turning. I have always been a technical player but it was only obvious when I moved into midfield when you are in much tighter areas. My dad said I was always a good passer of the ball and that is what I used to practice all of the time with him. From a young age, I was constantly practising.

My dad always told me to watch Sergio Busquets and Pep Guardiola - because he was a defensive midfielder, he would tell me to watch him. I also watched Yaya Toure but I play slightly differently to Yaya! And of course David Silva was my favourite player. In the women’s game, it was the French midfielder Camille Abily. I watched England v France once and my dad said: ‘Look how she moves and how technical she is on the ball’.

So the influence about being a technical player has always come from my dad because he would always point out those technical players so it is why I play the way that I do.

I looked up to my dad so much and my dad’s word is what I would always go by, so to hear that people are now saying to their daughters they should watch me is really nice. I would never have thought that. I just loved playing football so it is really nice to hear that.

I am a City fan but they were not great when I was growing up – there was many a time when my dad had to turn the TV off when they were playing. We had friends who lived in Spain and their local team was Malaga so I always had a Malaga kit when I was younger and their kit was probably the first one I had. I obviously loved England but I just loved football so I had other kits too. I had a Netherlands kit, a Brazil kit…any football kit going, I would try to get my hands on it.

My early days in grassroots football were massive. When you are younger, you are literally just doing it for pure enjoyment and the love of it. When you get older and become a professional, there are times when you question things and there will be difficult moments. There were times in the EUROs Final where I was saying to myself: ‘I don’t need to feel nervous. I am here playing for the five or six-year-old girl who just loved playing football with friends’.

Throughout the tough times in my career, I have referred back to that young girl who just loved playing football and it has been so important for me, to be able to put those kinds of performances in at the EUROs. Grassroots football is where I fell in love with football and it is where I made most of my friends. Those are some of my fondest memories of playing the game.
Now I’m getting buses named after me! I have not seen it yet. I went home to my parents’ house and when I was walking the dog, someone stopped me and said: ‘I’ve seen the bus with your name on it!’ I never thought I would have a bus named after me!

"She's given me the confidence to go and play my game."@keira_walsh on Sarina's impact 🤝 pic.twitter.com/lZE0QaHrva

I think I might be getting the freedom of the borough as well, which would be really nice. That is really cool and a really proud moment for all of my family because we have only ever lived in Rochdale. We are from the Syke area. My Grandma and Grandad are from Belfield originally but my Mum and her siblings have always lived in Syke and it is where we have always lived.

Rochdale has not had a great reputation over the years for a number of things so for me to be able to show young kids from that area that they can go on to achieve things and it is not all negative, it is really important. I plan to go back and do some coaching sessions and put on some stuff for the young kids because I want them to be able to see that people from Rochdale can go on to achieve good things.

Recently, people have been asking me about the prospect of reaching 50 caps for England against Luxembourg. I had not really thought about it because we were focused on qualifying for the World Cup and winning the EUROs before that. As a kid, I never thought I would have played for England Women’s senior team – I didn’t even know there was a women’s team when I was younger. So to be able to represent my country and win a EUROs, it is so hard to put it into words what it means, so to then potentially reach 50 caps, it would be incredible.

It is not just a proud moment for me but all of the hard work my parents put in and all of the coaches. I think it is important for them to know that they are as much a part of that as I am playing on the pitch.