England began their road to the 2022 World Cup in emphatic fashion with a dominant 5-0 victory over San Marino at Wembley.

Gareth Southgate had called on his players to entertain the nation and the Three Lions certainly delivered with a convincing performance in their Group I opener.

And a debut goal for Ollie Watkins after Calvert-Lewin’s second capped a fine attacking display as England geared up for their clashes against Albania and Poland in imperious fashion.

As expected, Southgate’s team dominated from the off and strung together several passages on the edge of the visitors’ – ranked 206 places below them – penalty area. 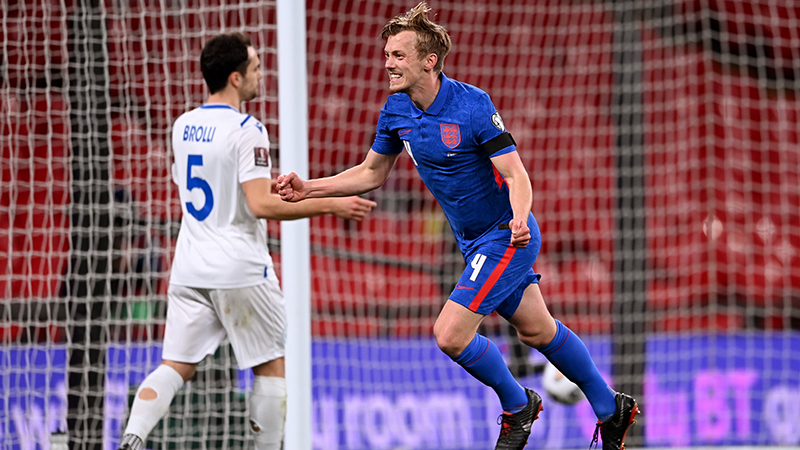 Sterling, captain for the evening as Harry Kane sat this one out, went close with a pair of early headers while Calvert-Lewin, Mason Mount and the returning Jesse Lingard all looked lively.

And it was the in-form Lingard who drew the first save of note from Elia Benedettini when his powerful effort was parried away by the San Marino goalkeeper.

John Stones then flicked over from close range but just moments later, England were ahead.

Ward-Prowse cleverly latched on to Mount’s low cross to steer the ball past Benedettini and into the corner – marking the occasion with his trademark golf swing celebration.

And shortly afterwards, it was 2-0 when Calvert-Lewin rose highest into the Wembley air to expertly head home Reece James’ pinpoint cross.

Ben Chilwell stung the palms of Benedettini before the keeper was once again called into action to thwart Mount’s long-range effort with his feet. 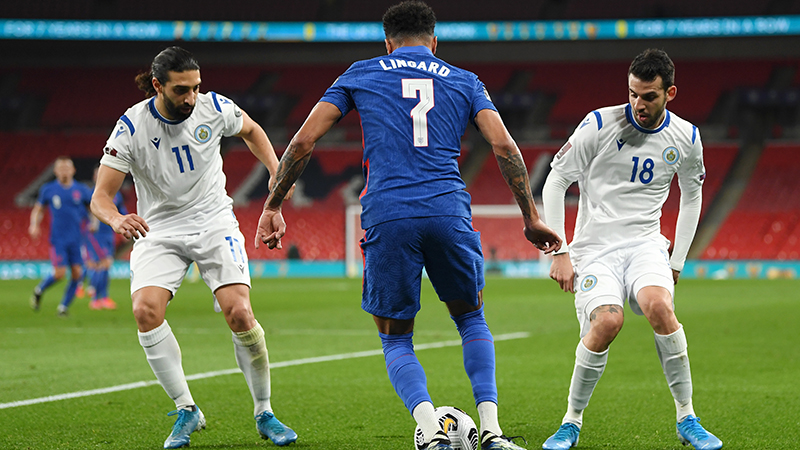 Sterling curled narrowly over but it didn’t take long for the stand-in skipper to get on the scoresheet, cutting in from the left after England won possession to rifle through Benedettini.

England were relentless and with Southgate’s attackers clearly enjoying themselves, Calvert-Lewin and Lingard both went close to adding to the first-half barrage.

Lingard was proving a continual menace and it took another fine Benedettini save to deny him scoring, after a fluent move with Sterling just before the break.

Kieran Trippier, Tyrone Mings, Jude Bellingham and Phil Foden were all introduced at the break as England carried on where they left off after the interval.

And it didn’t take long for Everton striker Calvert-Lewin to grab his second of the evening when he tapped in Lingard’s cross following a neat pass from Chilwell.

The lively Lingard then had another effort saved by Benedettini before Borussia Dortmund star Bellingham, 17, curled straight at the visitors’ keeper from distance. 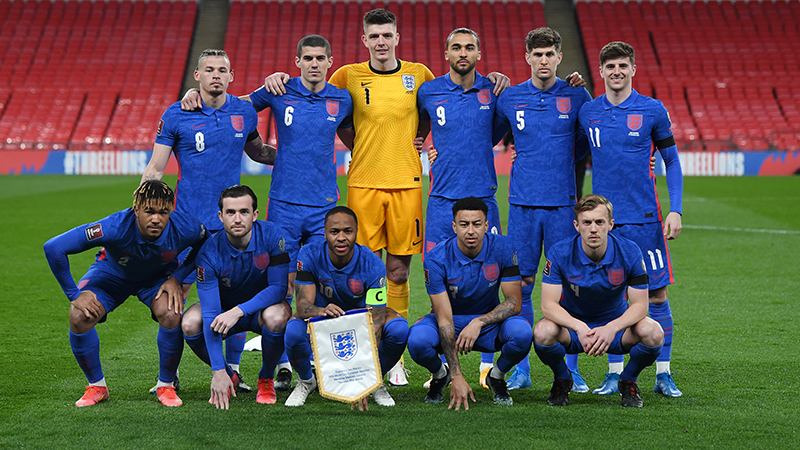 Southgate handed an England debut to in-form Aston Villa striker Watkins shortly after the hour mark as the hosts continue to storm forwards.

Ward-Prowse’s set-pieces were a threat all night and the Southampton captain was narrowly denied when Benedettini – who made a string of fine saves throughout – just tipped his curling effort onto a Wembley post.

Watkins soon had his dream debut goal with under ten minutes remaining when he received possession from Foden, crafted a yard of space before firing low across Benedettini into the far corner.

England continued to press forward but had to settle for five as they warmed up for Sunday’s trip to Albania in style.

Highlights of the Three Lions' victory at Wembley Stadium

MY ENGLAND FOOTBALL: FIND OUT MORE