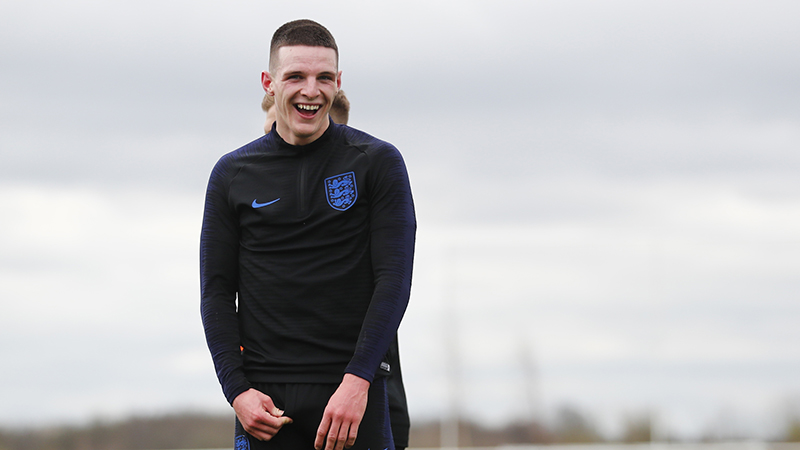 Bio Stats
"You can’t describe it. A straight smile, I just couldn’t believe it. I was just bursting with pride. It’s everything that you’ve wanted to work for as a kid and it has come true. The call-up is one of the best feelings you’re ever going to feel."

By EURO 2020, Rice was integral to Southgate's plans, alongside Kalvin Phillips in the heart of midfield, and he started all seven of England's matches on their way to the Final.

Declan Rice opens up the Lions' Den in Qatar

Declan Rice: 'My journey was different'