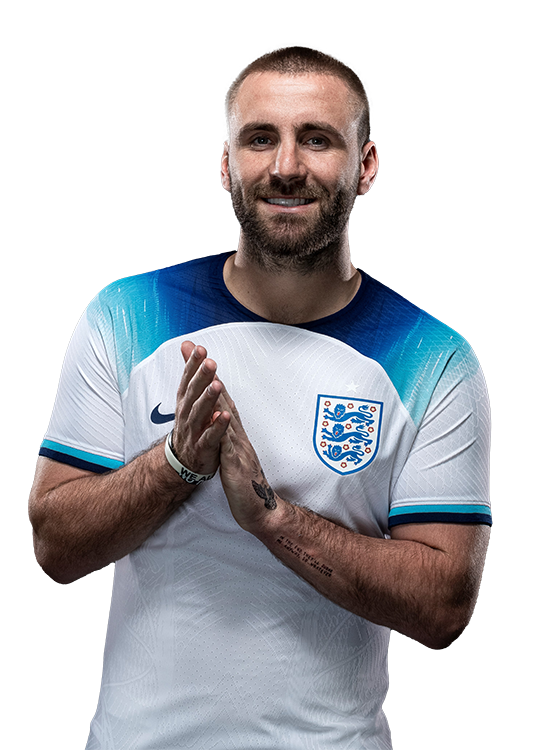 Bio Stats
"Getting my first senior call-up was unbelievable, and something I never expected at the time."

Luke Shaw is a technically-gifted defender who has been on the England scene since his teenage years with first club Southampton.

Despite growing up in Kingston-on-Thames, just outside of London, the boyhood Chelsea fan was with the Saints academy from the age of eight after being spotted playing for his local team in a tournament and impressed throughout before eventually making his first-team debut for the club at the age of 16.

He'd already become a regular for the Young Lions by then, picking up caps in the 2010-11 Victory Shield with the MU16s, before progressing into John Peacock’s MU17s the following season.

They missed out on a spot in the 2012 EURO Finals in Slovenia after losing in the Elite Round, but just over a year later and Shaw was a key man in Gareth Southgate’s MU21s squad and eventually part of the senior squad who went to the 2014 World Cup in Brazil.

The same year, Shaw headed north to join Manchester United for what was then a world record transfer fee for a teenager.

Some unfortunate injuries hampered his appearances for the Reds and England but by the summer of 2021 Shaw was back to his best.

Shaw's performances during EURO 2020 showed why he was so highly regarded for so long and although his early goal in the Final against Italy did not end with him lifting the trophy, his displays did earn the left back a spot in the Team of the Tournament.

If I could…with Luke Shaw

From the garden to Wembley

From the garden to Wembley

It's a Shaw thing