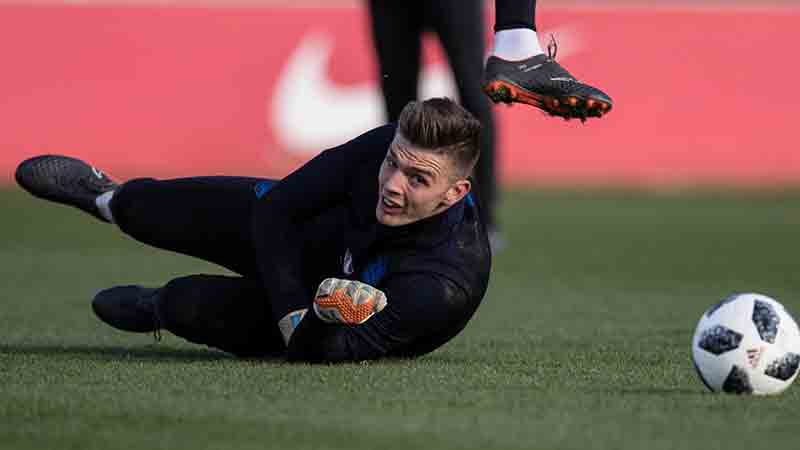 It was a rapid rise to the England squad for the Suffolk-born stopper, who was first called up in March 2018 following his Premier League debut for Burnley at the start of the 2017-18 campaign.

His form for the Clarets caught the eye, with his stats putting him among the top goalkeepers in England as they secured an impressive seventh place finish in the top flight during the 2017-18 campaign and after numerous trips to Turf Moor, Gareth Southgate selected the former Charlton Athletic man who had kicked-off his career in non-League with Bury Town.

With spells on loan with the likes of Harrow Borough, Welling, Aldershot, Cambridge United and York City, the farmer’s son has certainly worked hard through the levels to reach the top and it was a proud moment for the stopper from Soham, when he made his England debut as a second-half substitute against Costa Rica at Elland Road in June 2018.

He went on to become a popular figure in the Three Lions squad as they reached the 2018 World Cup semi-finals in Russia.

Unfortunately, a bad injury sustained just weeks after his return from Russia in a Europa League tie against Aberdeen kept Pope sidelined for most of the following season which also saw him lose his place in the Burnley side to another England rival in Tom Heaton.

But with Heaton moving on to Aston Villa in 2019 and Pope back in the Clarets side, it wasn't long before he was back in the England fold and his performances for Burnley and in training with England were rewarded when he made his full international debut in the game away to Kosovo in November 2019.

In the summer of 2022, following Burnley's relegation from the Premier League, Pope was quickly snapped up by Newcastle United where his impressive saves and influence continued as the 2022-23 campaign kicked-off.

'It was really tough'... Nick Pope opens up on EURO 2020 heartbreak

'It was really tough'... Nick Pope opens up on EURO 2020 heartbreak