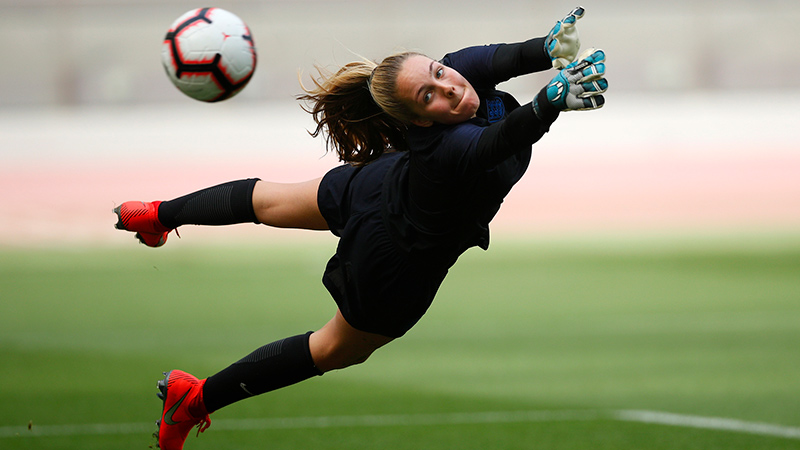 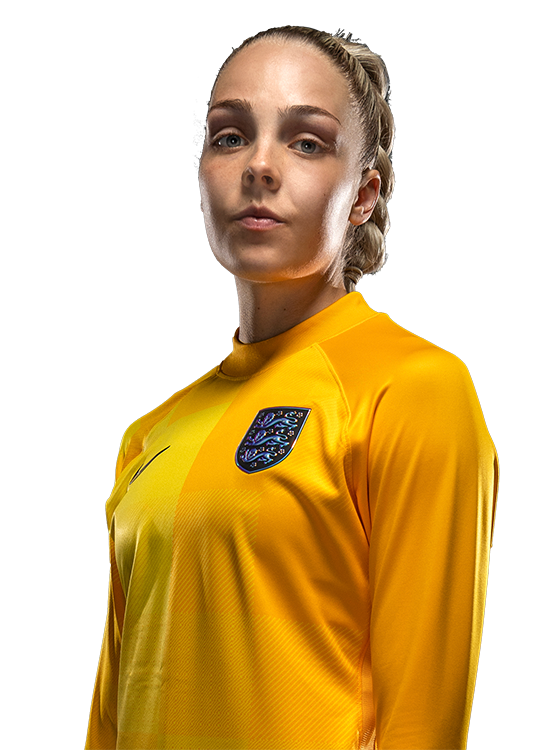 Ellie Roebuck enjoyed a breakthrough season at Manchester City in 2018, announcing herself on the big stage with a super save against Chelsea.

Invited to train with the SheBelieves Cup squad in USA in March 2019, Roebuck earned her first official call-up for the double-header against Austria and Sweden eight months later, and made her debut in the 3-0 victory in Vienna, coming on for Mary Earps.

The proud Sheffield native was a regular in the England youth teams, helping England finish third at the U17 Euros in 2014 and then the quarter finals of the U17 World Cup later that year.

Roebuck was Great Britain’s number one for the Tokyo 2020 Olympic Games, starting all four games in 2021, but injury ruled her out of Sarina Wiegman’s first few camps as England head coach.

The Manchester City goalkeeper was recalled in February 2022 though and played in the 3-1 win over Germany as the Lionesses won the inaugural Arnold Clark Cup.

And she was among the goalkeepers selected for EURO 2022 as the Lionesses picked up their first major title on home soil in July 2022.

Find out when you can see Ellie in action for Manchester City in the Barclays Women's Super League and how to get tickets!