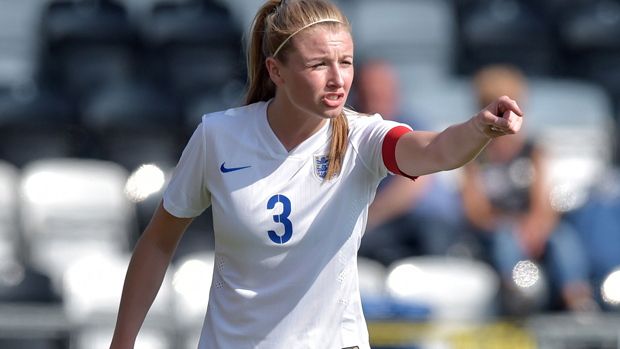 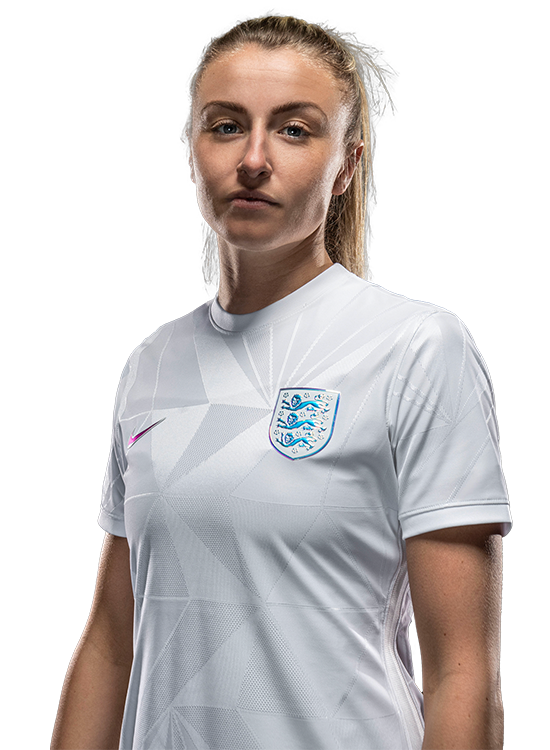 Leah Williamson wrote her name in the history books when she became the first woman to lift a major trophy with England in July 2022 when the Lionesses beat Germany by 2-1 in the EURO 2022 Final at Wembley.

A commanding presence on the pitch, she was one of the stars of the tournament with her intelligence, composure and technical ability seeing her stand out among some of the best players in the world while her measured and powerful words off the pitch always struck the right note.

Leah had previously starred for her country in every age group from the U15s right up to the senior side before finding herself as captain for EURO 2022.

After captaining the WU17s at the home EUROs in 2013, she then went on to represent her country at the WU20 World Cup just a year later.

Williamson was then inadvertently thrust into the limelight courtesy of the infamous re-taken penalty against Norway in 2015, but not before being named England young player of the year for 2014 following some stellar performances for a number of development teams.

She made her senior team bow in Russia in June 2018 while her first senior team goal was the late winner in Czech Republic in November 2019.

The Milton Keynes-born star has won the FA WSL title and Women’s FA Cup with her beloved Arsenal, as well as the She Believes Cup and Arnold Clark Cup with England, the latter as captain.

Find out when you can see Leah in action for Arsenal in the Barclays Women's Super League and how to get tickets!

Leah: 'The proudest moment of my life'

Leah Williamson: I can’t help but smile because it feels amazing

Leah Williamson: 'I've told them I can never repay the investment they've made in me'

Leah looks back at SheBelieves win