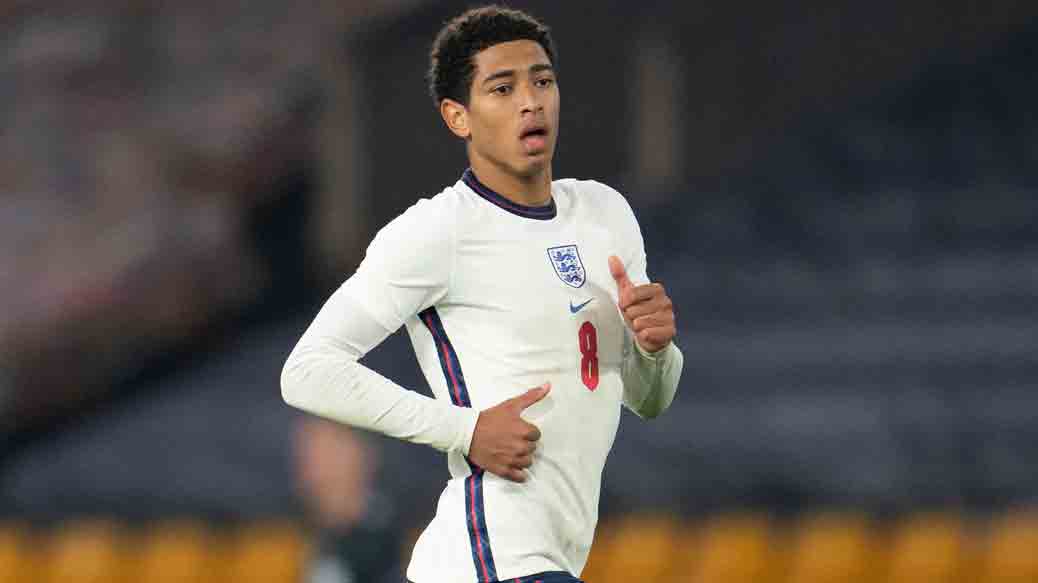 Jude was aged just 17 when he received his first call-up to the England senior squad in November 2020, joining the Three Lions group from the MU21s.

He'd initially starting his international career by featuring for and captaining the MU16s and MU17s, before making the jump up to the MU21s at the start of the 2020-21 season, following his breakthrough season with Birmingham City and then a subsequent move to Borussia Dortmund.

He'd previously been included in the MU21s squad during the first two international months of the campaign, becoming the youngest player to score for the Young Lions following a debut strike in their win over Kosovo in September 2020 before going on to impress in their first four games of the season.

And when James Ward-Prowse and Trent Alexander-Arnold were forced out of Gareth Southgate's squad to play Republic of Ireland, Belgium and Iceland, they chose to add him to their group and take a closer look.

A product of Birmingham City's academy, it was clear the Stourbridge-born midfielder had bags of potential when he was swiftly promoted into the club's first-team squad in the summer of 2019.

It didn't take him long to make an impact and he duly made his first-team bow for the club while still just 16 in August 2019, becoming the youngest ever player to feature for the St. Andrews club.

He became a firm fixture in the Birmingham team and some eye-catching performances and goals followed in the EFL Championship. Bellingham was quickly a sought-after player, with German outfit Borussia Dortmund eventually winning the race for his signature in July 2020.

And just as he had at Birmingham, it didn't take long for him to make the breakthrough in the Bundesliga as he quickly became a first-team regular, as well as setting a new record as the youngest English player to start at Champions League game when he played against Lazio in October 2020.

Jude Bellingham gives his first impressions since being called up to the Three Lions, gives his thoughts on who would win in a game between the U21s and the Seniors, life in Germany & Dortmund, his goalscoring father and his versatility as a midfielder.