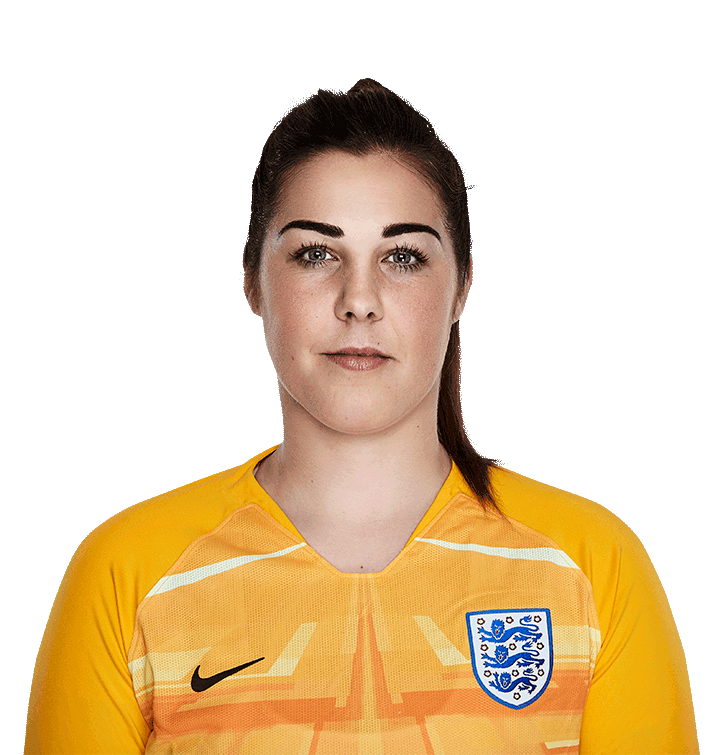 Having waited patiently for her senior team bow, which came in Switzerland in June 2017, Mary Earps has become a regular fixture in the squad and was been named in a major tournament squad for the second time in a row when she went to the FIFA Women's World Cup in France 2019.

After competing for the No1 spot with the more experienced duo of Karen Bardsley and Carly Telford as well as youngster Ellie Roebuck, she started three matches of Phil Neville’s tenure, against Kazakhstan, Australia and Austria to stake her claim.

But it was following the arrival of Sarina Wiegman as new head coach that her international career really kick-started, with Earps experiencing a run of games as first-choice during the new World Cup qualifying campaign in autumn of 2021.

Formerly of Nottingham Forest, Bristol City, Doncaster Rovers Belles, Reading and German giants Wolfsburg, she's now on the books of Manchester United since making the move in 2019 and has since made a big impression in the Barclays FA WSL.

Earps thought England career was over

Earps thought England career was over

Join the Lionesses stopper for a virtual training session...