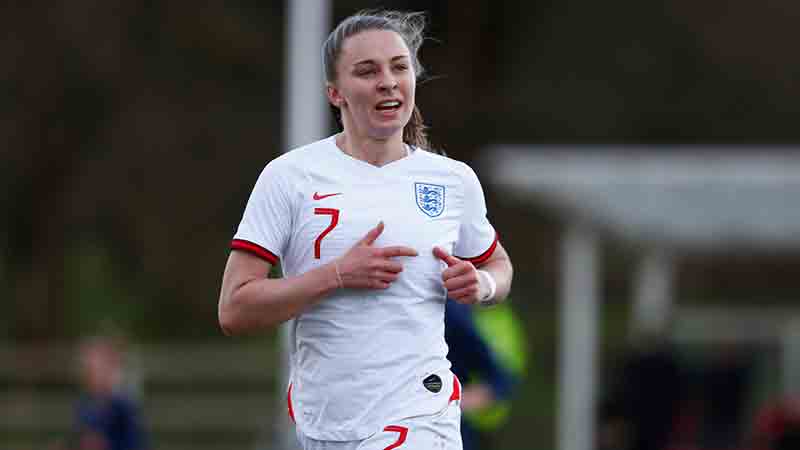 Bio Stats
County: Liverpool CFA
Grassroots club: West Kirby Wasps
It was quite a summer for Niamh in 2020, as she received her first call up to the Lionesses squad for a training camp and also sealed a move to FA WSL 2020 champions Chelsea.
A pacy winger from the Wirral, she’d spent the previous four campaigns with her childhood team Liverpool, after coming through their youth ranks but following the Reds’ relegation from the WSL, she made the decision to move south to continue her top-flight career.
She’d also been an impressive performer for the Young Lions and was a key player for the U17s during 2016 when they finished third at the U17 EURO and then reached the quarter final of the FIFA U17 World Cup later that year.

Charles has been an ever-present in Sarina Wiegman's squads since the former Netherlands coach took charge of England and was part of the squad who lifted the inaugural Arnold Clark Cup in 2022.

‘My childhood playing football was just pure joy and happiness’

The England duo go head-to-head with some of the big questions of the day...