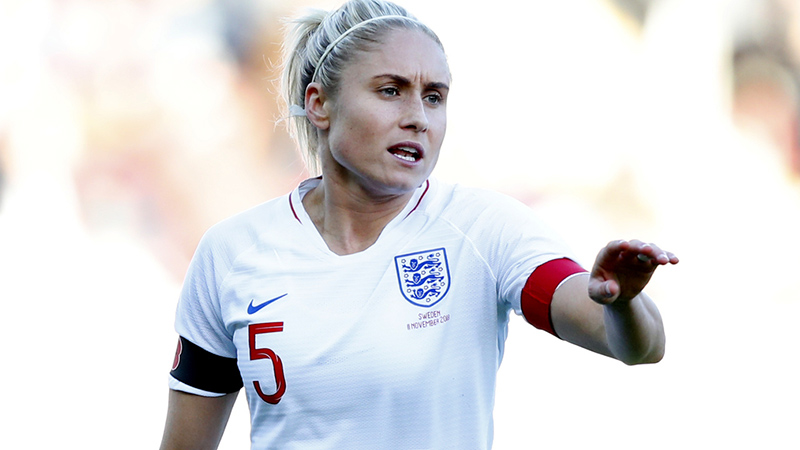 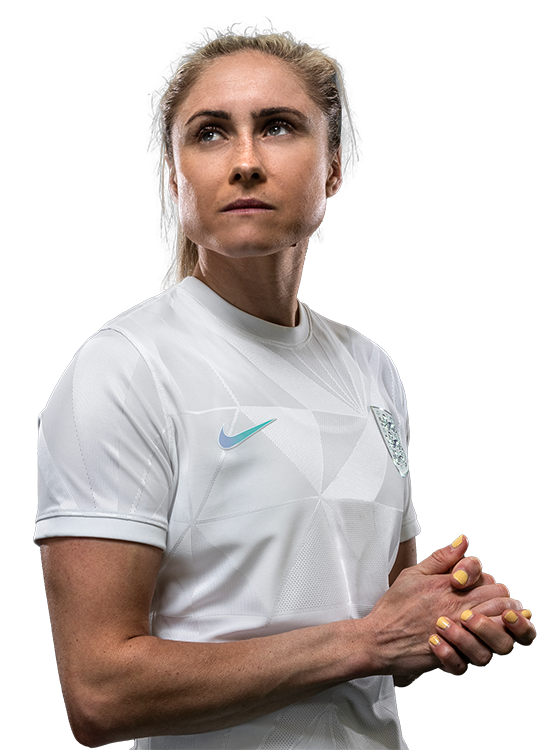 A role model in every sense, Houghton blossomed after being appointed England captain in April 2014.

This elevated status spoke volumes not just of Houghton's defensive nous but also of her inner steel, for she missed out on a place at the 2007 World Cup and 2009 EUROs after getting injured on the eve of each tournament. The Durham native bounced back with aplomb.

Houghton made her England debut against Russia in March 2007. She was initially deployed in midfield and across the backline before finding her true calling at the heart of the defence.

She's now appeared at two World Cups and two European Championships as well as starring for Team GB at London 2012 and in Tokyo 2022.

She led the Lionesses to a third-place finish at the 2015 World Cup in Canada, scoring in the last-16 win over Norway.

Houghton is the most recent player to earn a century of England caps, making her 100th appearance against Sweden in November 2018.

At club level, after winning countless honours with Arsenal, Houghton joined the Man City revolution in 2014 and has been instrumental in helping the Citizens become one of the powerhouses of the women's game, guiding the Blues to glory in all three domestic competitions.

More recently, Houghton was included in Sarina Wiegman's first squad after taking charge in September 2021 but then injury meant she faced a race against time to be fit for EURO 2022, but managed to return in time to be named in the provisional squad.

How I Started: Steph Houghton

The England captain takes us through her footballing journey...