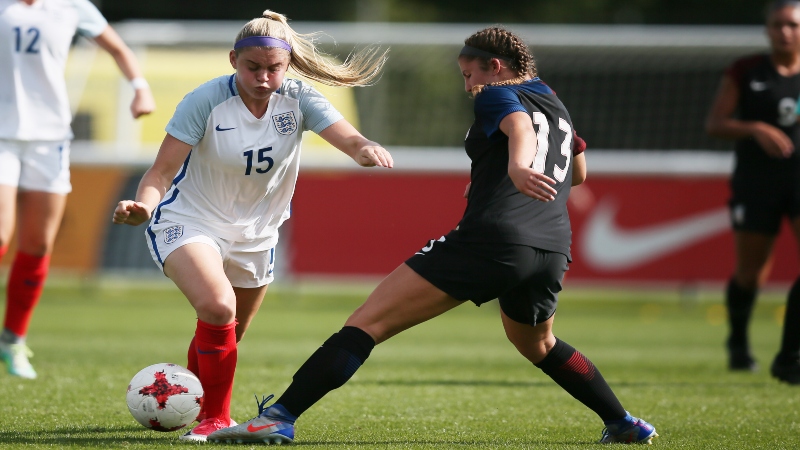 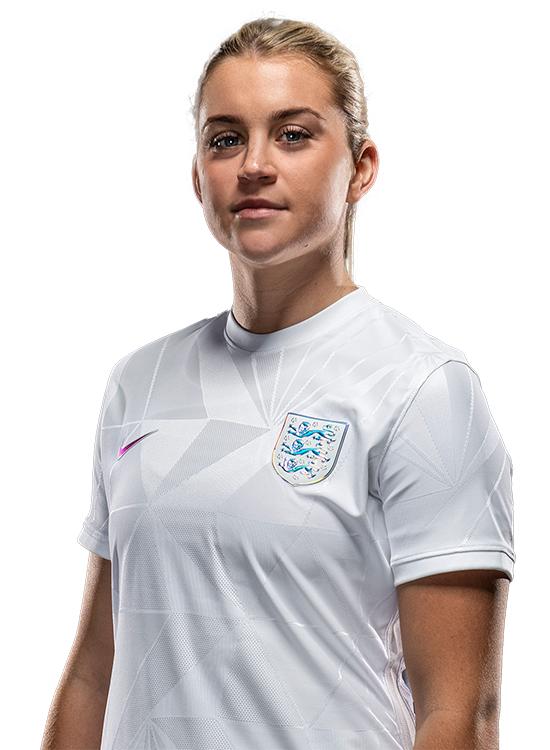 Kent-born Alessia received her first call up to the England senior squad in February 2020, when she was named in the group for the SheBelieves Cup in the USA.

After initially being selected as a training player for the trip, she was added to the squad for the competition following an injury to Lucy Bronze and made her senior debut on March 11 2020 in the final match against Spain, coming on for Toni Duggan as a second-half substitute.

No stranger to American soil, having played for the North Carolina Tar Heels since 2017 while studying at college, Alessia has been a regular for England throughout the junior ranks right back to the U15 team.

She was part of the Young Lionesses squad who brought home bronze medals from the 2018 FIFA U20 Women's World Cup, having also previously played at the FIFA U17 World Cup in Jordan in 2016.

Before heading Stateside, Russo came through the ranks with Chelsea, where she captained their development team and went on to feature in the early stages of the Conti Cup. She then moved on to Brighton & Hove Albion, where she played in the Spring Series of the FA WSL in 2017.

In September 2020, she sealed a return to England when she joined Manchester United on a two-year contract.

Russo's first goals for England's senior team came during the 20-0 win over Latvia, when after coming on as a substitute, she bagged an 11-minute hat-trick, the fastest in Lionesses' history.

The forward's first start for her country came during the 1-1 draw with Canada in the opening match of the Arnold Clark Cup.

Alessia Russo on 'THAT' goal against Sweden

'We are championing something so special and so beautiful'... behind the scenes at Lionesses Live

'We are championing something so special and so beautiful'... behind the scenes at Lionesses Live