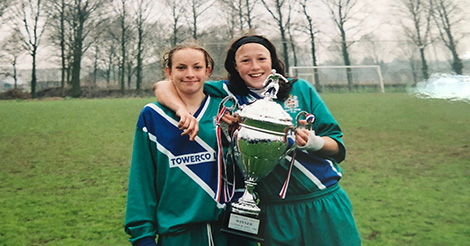 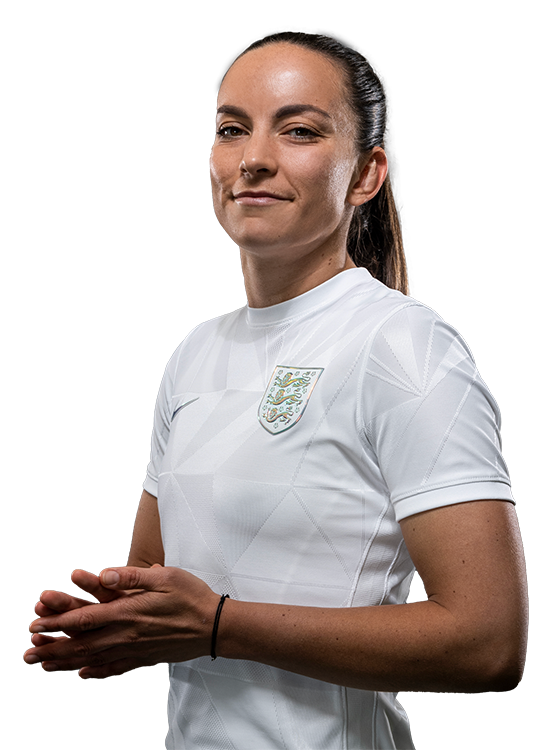 The attacking midfielder represented her country at the WU17 World Cup in 2008 before helping the WU19s reach back-to-back European Championship finals, with Mo Marley's side winning the competition in 2009.

Staniforth progressed to the WU23s while waiting for her first taste of senior international football.

She started England's final 2019 World Cup qualifier, one of seven full debutants in Kazakhstan, getting on the scoresheet in a 6-0 win. And she bettered that with the opening goal in the pivotal 3-0 win over Japan at the SheBelieves Cup.

Staniforth won the FA WSL with Liverpool in 2014 and finished runners-up in the FA Women's Cup for hometown Sunderland in 2009 and Bristol Academy in 2013.

The midfielder has been called up Sarina Wiegman several times since the head coach's appointment in September 2021 and was included in the provisional EURO 2022 squad.

From grassroots football to representing England with your best mate

The best friends ask some tricky questions of each other...