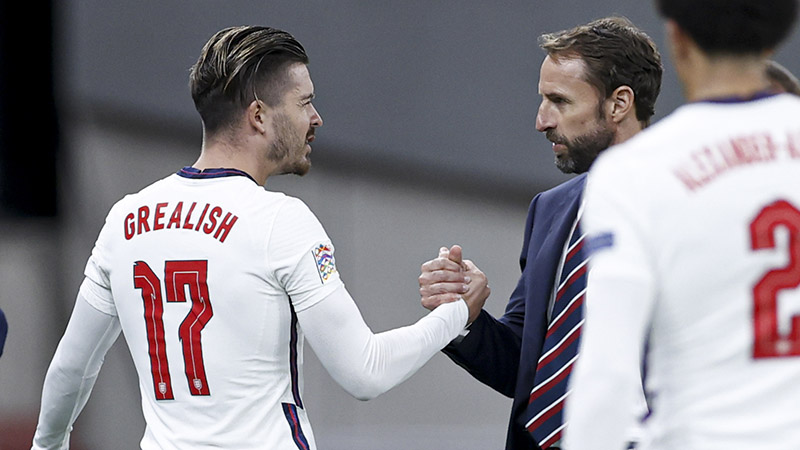 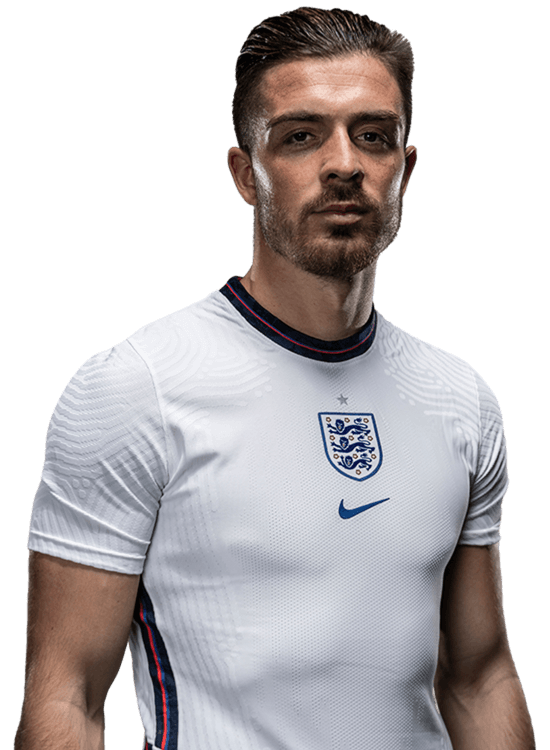 Buy the shirt
Next player

"I grew up wanting to play for England and I think everyone that knows me knows I just love playing football."

The Aston Villa talisman received his first call for the England senior squad in the summer of 2020, after enjoying a fine campaign in the Premier League during the 2019-20 term.

A creative and energetic presence, along with flair, Grealish was Villa's captain and key player as they won promotion to the top flight in 2019, before he led them to top-flight survival in their first season back.

Three Lions boss Gareth Southgate was already well aware of Grealish's talent, after first picking him for his MU21s squad for the 2016 Toulon Tournament, which the Young Lions went on to win.

Grealish's highlight of the prestigious tournament in southern France came when he grabbed a couple of goals in a big win against Guinea and that was enough to see him earn a regular spot in the U21s group.

Southgate left the MU21s to take over the senior reigns a few months later and Grealish remained around the squad under Aidy Boothroyd, who picked him for the 2017 U21 EURO Finals in Poland as England reached the semi-finals.

But a combination of injuries and Villa playing in the Championship after that meant the Solihull-born schemer had to wait over three years for his international recall, which came for the UEFA Nations League games with Iceland and Denmark in September 2020.

Despite being injured for part of the season, Grealish was imperious as he captained the side to promotion back to the Premier League via the play-offs.

That form continued during the next two seasons and his form persuaded Manchester City to part with a reported £100 million, a British transfer fee record, to sign the then 25-year-old.

By that point, Grealish had proved he could deliver on the international stage as well as at club level, and he featured in five of England's seven EURO 2020 games.

He played a crucial role as England reached the final, setting up Raheem Sterling's goal in the final group game against Czech Republic and also playing his part in both goals during the unforgettable 2-0 victory over Germany in the last 16.

Grealish would then go on to score his first England goal during the World Cup qualifier in Andorra in October 2021.