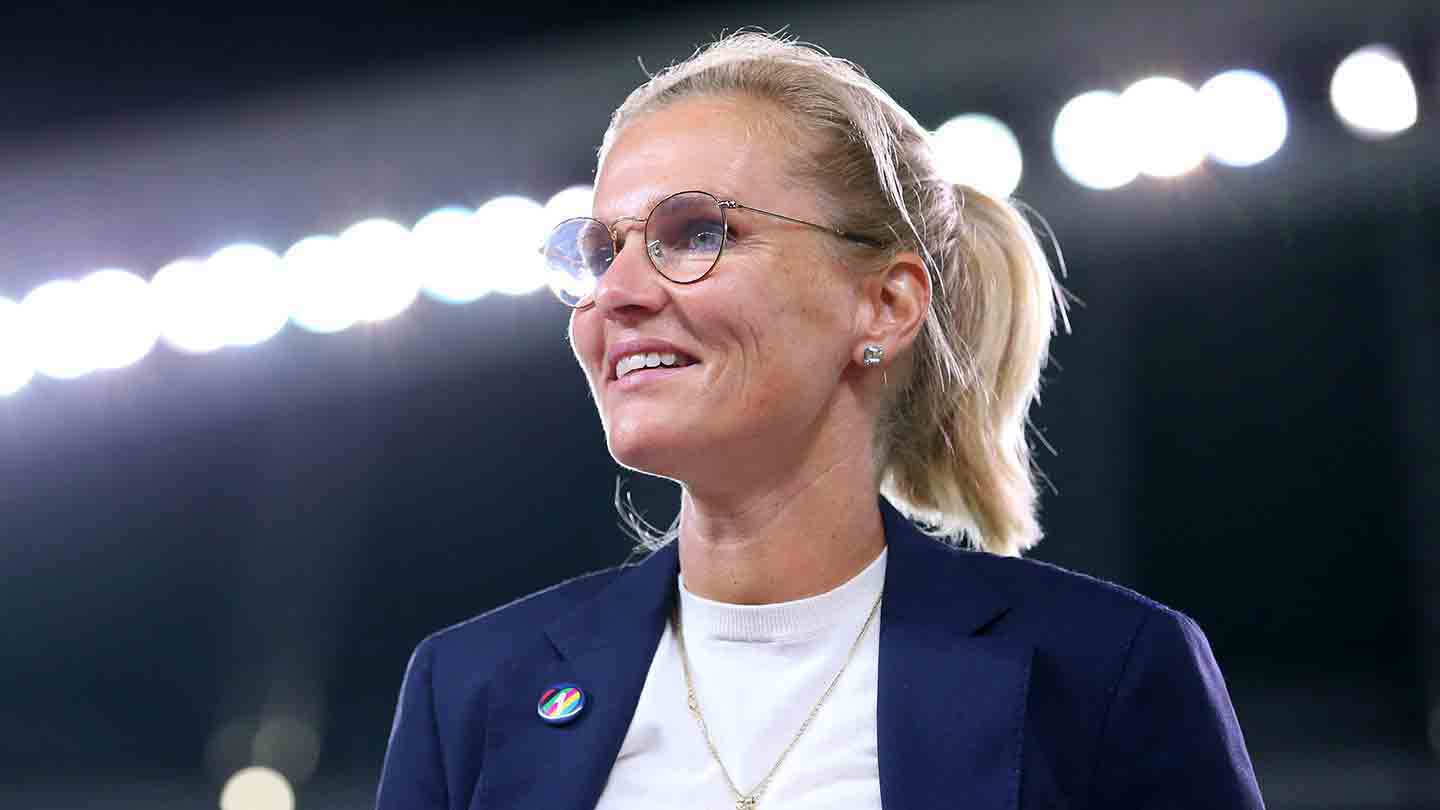 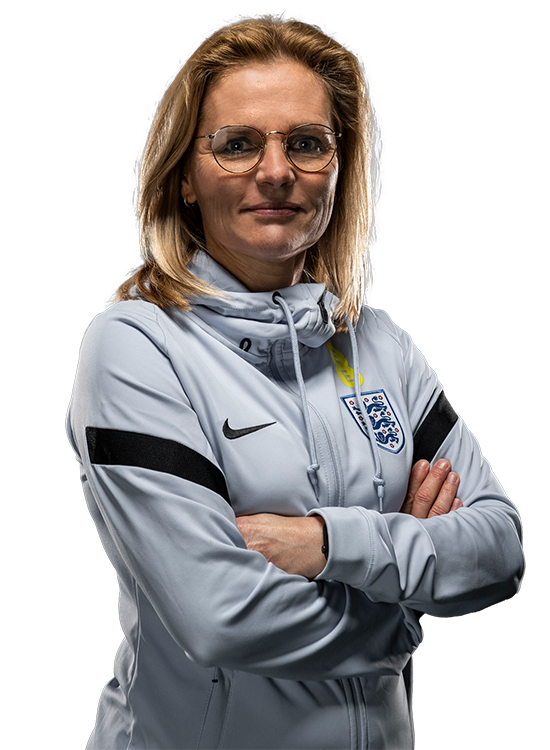 Sarina will be forever remembered in English football history, after becoming the first coach to lead the Lionesses to a major title when England won UEFA EURO 2022 on home soil.

Not only was it historic for the Lionesses, but also for Wiegman as she became the first coach to win back-to-back tournaments having led her native Netherlands to the EURO 2017 title five years earlier.

Widely regarded as one of the best international coaches in the women's game, Sarina began her role as England head coach in September 2021.
That was over a year after her appointment had been confirmed in July 2020, with her commitments as Netherlands coach for the delayed Tokyo 2020 Olympics keeping her in her homeland until the start of England's 2023 World Cup qualifying campaign.

Her success with the Netherlands was unrivalled. She successfully led her home nation to a UEFA Women’s EURO victory as the host nation in 2017 and was duly named Best FIFA Women’s Coach in the same year, before guiding them to the final of the FIFA Women’s World Cup in 2019.
In her playing days as a midfielder, Wiegman gained 104 caps for her country becoming the first female player to reach a century of appearances and she captained the national side during an impressive career.
And after moving into coaching, she’s remained a trailblazer in her homeland and become one of the big names in the women’s game.
After starting out coaching with girls’ grassroots teams in her local region of the Hague once her career on the pitch came to an end, her club coaching career began with a season-long spell with her former club Ter Leede.
She duly led them to the title and KNVB Cup in 2007, before her first move into full-time coaching came in 2007 when she took over at ADO Den Haag in the newly formed Women’s Eredivisie.
Among the many highlights, she became the third Dutch female to earn the UEFA Pro Licence in 2016 and then, later the same year, she was the first woman to coach with a men’s professional club in her homeland following a season-long spell as an assistant with Sparta Rotterdam.
Wiegman quickly caught the eye too, by building a team and culture which would lead to them winning a league and cup double in 2012 before retaining the Cup in the following season.
This didn’t go un-noticed by the KNVB, and she was snapped up to be the assistant coach with the national team in 2014, working under Roger Reijners and then Arjan Van der Laan.
In 2015, the Dutch reached the quarter final of the Women’s World Cup in Canada and Wiegman was starting to see the potential within their ranks.
After two spells as caretaker coach following the departures of Reijners and Van der Laan, she was finally granted the head coach role on a permanent basis in January 2017 – the start of an extraordinary year which would see her profile catapulted into another dimension both at home and abroad.

'I could not be prouder to be part of this team’

Sarina Wiegman: 'We haven't won anything yet'