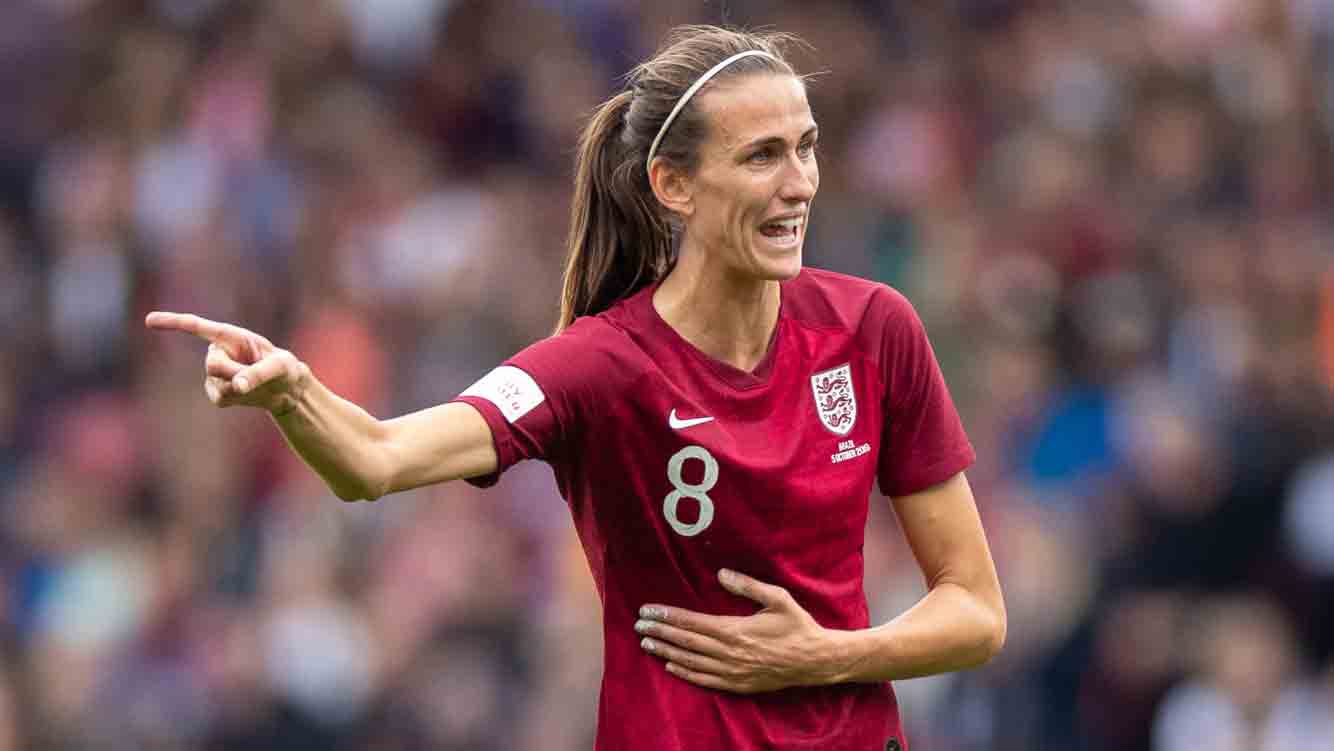 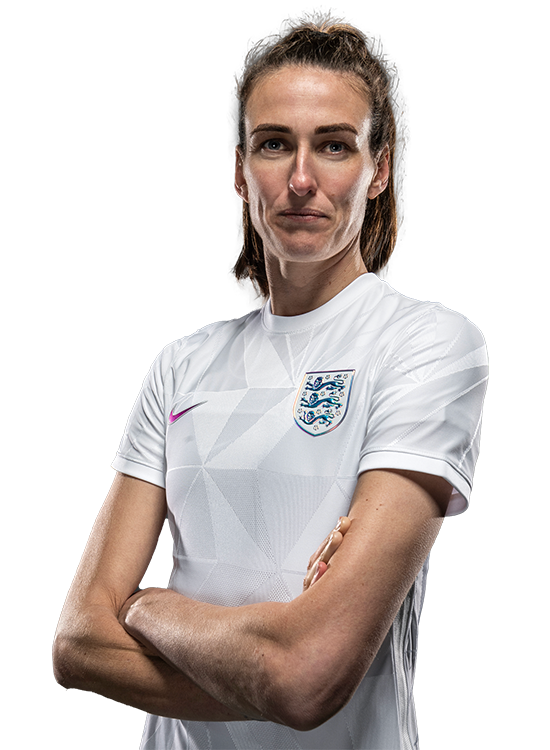 A player for the big occasion, Jill Scott is one of the select few Lionesses to have surpassed 150 caps, which she achieved in February 2021 when she led out the Lionesses against Northern Ireland at St. George's Park.

The influential midfielder steps up to the plate whenever her country needs her most, and her England career has been punctuated with some key strikes – think the winner against Netherlands in the EURO 2009 semi-final, the equaliser against Belgium in EURO 2017 qualifying and the cute finish in the 3-0 win over Wales which sealed England’s place at France 2019.

Scott made her debut against Netherlands back in August 2006 and was on the plane to China for the World Cup a year later, where she scored in the 6-1 win over Argentina.

The Sunderland-born star, who has appeared at in nine major tournaments with England, won her 100th cap against Australia in 2015 before clocking up another 50 over the following six seasons.

And when Scott started the 3-0 win over Cameroon at France 2019, it was her 18th appearance at a World Cup finals, the most of any England player in history.

Like many of her England team-mates, Scott has won every domestic honour with Manchester City and scored in the Citizens’ SSE Women’s FA Cup Final victory over Birmingham City in 2017.

Scott spent the second half of the 2021-22 season on loan at Aston Villa and is set to leave Manchester City this summer at the end of her contract.

The England midfielder takes us through her life on social media