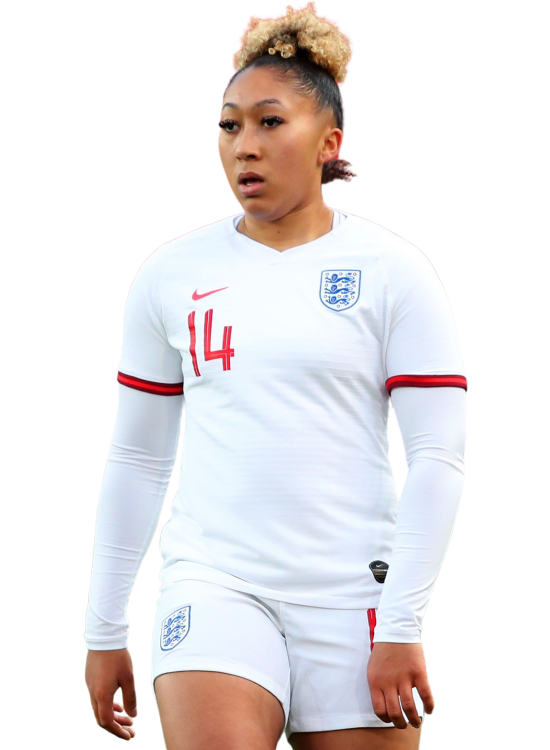 Lambeth-born Lauren received her first call-up for the England senior squad in November 2020, after catching the eye with her form at Manchester United in the Barclays WSL during the early stages of the 2020-21 campaign.

She was already well known to the Lionesses' coaching staff having previously excelled with England at development level after picking up caps at WU17s and WU19s level.

Lauren, whose older brother Reece is a regular with the England men's senior squad, had been a part of Chelsea's academy between the under-10s and under-14s - joining at the age of six - before moving to Arsenal, where she quickly broke through the ranks to make her debut in 2017 on her 16th birthday, becoming the club's second-youngest player in the process.

In the summer of 2018, she made the decision to move north and sign with Manchester United and she helped them to win promotion from the Women's Championship and into the BWSL, where she ended her first campaign as top scorer.

She made the move back to her hometown in the summer of 2021 by re-joining Chelsea and linking up with her brother Reece, who also represents the Blues.

With just two years separating the pair, they grew up playing football together in the park outside their home in Mortlake, alongside their brother Josh and dad Nigel, who is a successful coach.

Reece and Lauren would often play in the same teams during summer tournaments, including for one of Reece's grassroots clubs, Epsom Eagles.

Lauren is an attacking player who has impressive technical ability, the strength to hold off the opposition and has proven she can beat defenders when one-on-one before delivering sublime finishes.

Equally comfortable playing out wide, behind the striker as a number ten or in the midfield, Lauren had to contend with injuries upon on her return to Chelsea during the 2021-22 season.

But her impressive displays towards the end of the campaign and during the subsequent pre-season saw her recalled to the England senior team squad by Sarina Wiegman in August 2022.

And Lauren made her senior England debut on Saturday 3 September 2022 when she came on as a substitute against Austria in the FIFA World Cup qualifier.

News and features with Lauren

The England squad join up for camp in November 2020