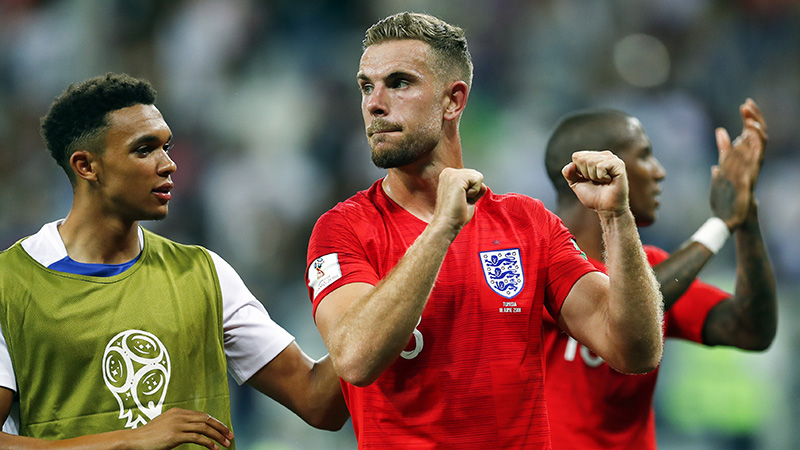 "“When you come away with England they are all good players so they’ll have a lot of confidence and a lot of belief, whoever plays."

A favourite son of Sunderland, and a robust and reliable part of both England and Liverpool’s midfield which has seen him become a Three Lions regular.

With a good range of passing and intelligent link play, Henderson’s never-say-die attitude and commitment to the cause mean he’s one of England’s leading players in the centre.

A former captain of England MU21s, Henderson started off his career with his hometown club where his top-flight form saw him head to Anfield in 2011.

His development continued on Merseyside, playing alongside former England captain Steven Gerrard before taking on the Reds' captaincy following his departure.

A mainstay at Anfield, he was a driving force behind the Reds winning a Premier League title in 2020 and the UEFA Champions League in 2019.

Watch this amazing moment when Jordan Henderson video calls a hugely passionate England fan, who has decorated the estate where he lives with 300 England flags!