Gareth Southgate says his side are focused on sealing their spot in the World Cup knockout stages, as they approach their game with USA.

After kicking-off their campaign in Qatar with a 6-2 victory over Iran earlier in the week before seeing Wales and USA share a 1-1 draw later that day, the Three Lions know that a win against the States would be enough to see them head into the round of 16 with a game to spare.

"We would like to get qualification done as soon as possible, the first objective is to get out of the group," said Southgate, who also revealed that captain Harry Kane will be fit for the game.

"We would love to do that on Friday, but the game won't be anything like Monday.

"We have to make sure we are back to the psychological place we were at the start because the States will be an athletic team, press really well, be organised and well coached.

"They have quite a few players we know from the Premier League and they showed in the first half against Wales the best side of themselves.

"Monday was a great start and it is that reset to be ready for Friday."

Plenty to build on ahead of Friday 💪

Three Lions defender Harry Maguire is set to reach 50 caps if he plays on Friday and he also spoke alongside Southgate ahead of the game after earning his place in the World Cup squad following a difficult start to the season with Manchester United.

"I have great belief in myself, I go on the training pitch and work as hard as possible and give my all and that gives you good preparation to go into a game and perform to the best level," said Maguire.

"I feel fresh, I've worked hard and done extra on the traning pitch to make sure I was ready to play when I got the opportunity.

"I knew the World Cup was coming so I put in the extra shifts in training and kept myself ticking over.

"Being picked for your country is a huge privilege and it's the pinnacle for any player to play in any major tournament and the World Cup especially is the biggest one.

The Three Lions will take on USA in their second Group B Qualifier at the 2022 World Cup. Gareth Southgate's squad were drawn out alongside Iran, USA and Wales at the draw in Doha on 1 April, when the England manager gave his thoughts on the opposition. Find out more about the MUSNT below...
Coach: Gregg Berhalter
Qualified from: Third in CONCACAF
Qualifying top scorer: Christian Pulisic (Chelsea)
FIFA World Cup best performance: third place (1930, Uruguay)
Last encounter: England 3-0 USA, 16 November 2018, Wembley Stadium

● In all competitions, England have won eight of their eleven meetings with USA (D1 L2). Their last defeat against them came in June 1993 (0-2), winning four and drawing one of their meetings since then.

● England won 3-0 the last time they faced USA, in a friendly match to celebrate the Wayne Rooney Foundation in November 2018. Trent Alexander-Arnold and Callum Wilson scored their only goals for the Three Lions in this game.

● USA haven't kept a clean sheet in any of their last 18 World Cup matches against European nations (32 goals conceded), since a 1-0 victory over England in 1950.

● England had two players aged 21 or younger – Jude Bellingham (19) and Bukayo Saka (21) – score in a World Cup match for the first time when they beat Iran. No England player has ever scored in consecutive World Cup appearances when aged 21 or younger, with Michael Owen the youngest to do so aged 22 in 2002.

● Five different players (Bellingham, Saka, Sterling, Rashford and Grealish) scored for England against Iran; in only one previous World Cup tournament have they had more different scorers (6 in 2018). Nine players either scored or assisted for the Three Lions against Iran, the most for a team in a World Cup match since 1974 (Yugoslavia v Zaire).

● Timothy Weah has scored two goals in his last four games for USA in all competitions, as many as he had in his first 22 appearances for his country. He's looking to become just the third player to score in both of USA's first two games at a World Cup, after Bert Patenaude (1930) and Clint Dempsey (2014).

One of the last teams to book their place in Qatar, USA qualified in third place from the CONCACAF zone, recovering from a slow start to edge out Costa Rica. Prior to World Cup qualifying, USA won the 2021 CONCACAF Gold Cup, although five 1-0 wins out of six games suggested solid rather than spectacular progress.

USA have lost all eight of their friendly internationals against England but are unbeaten in three competitive games against the Three Lions, including two World Cup finals group games, a shock win in 1950 and a dour 1-1 draw in 2010.


Appointed in the aftermath of a chastening defeat to Trinidad & Tobago (see World Cup Pedigree), Berhalter promised to “change the way the world views America soccer.” In truth, his remit will have been to bring through a batch of promising youngsters with the aim of qualifying from what is viewed as an open Group B, then peaking in time for a home World Cup in 2026. Berhalter, who won 44 caps in defence for the USA in a playing career that included a year at Crystal Palace, has spent the majority of his coaching career in Major League Soccer. Indeed, he has been criticised in some circles for favouring MLS-based players, but Berhalter is clearly a man who does things his way: after the recent Old Firm game, he was seen having dinner with the Rangers’ Malik Tillman and James Sands, and Celtic’s Cameron Carter-Vickers – together. Carter-Vickers could become a key man in Berhalter’s favoured 4-3-3 alongside Walker Zimmerman after fellow centre-back Miles Robinson was ruled out through injury.


It was described by ESPN as “the most humiliating loss in US soccer history.” Until defeat to Trinidad and Tobago in October 2017, the US – needing only a draw to reach the 2018 World Cup – had been used to qualifying at a canter. They had contested the previous six tournaments, going beyond the group stages three times, the high point being a quarter-final appearance in 2002 when they lost narrowly to eventual finalists Germany.


Christian Pulisic is the team’s captain, talisman, attacking focal point and one established star, but has had limited playing time at Chelsea recently. Leeds’ Tyler Adams and Weston McKennie of Juventus are both reliable performers in midfield, while Milton Keynes-born left-back Antonee Robinson has caught the eye for Fulham.


Take your pick. Serginho Dest (AC Milan), Yunus Musah (Valencia), Brenden Aaronson (Leeds), Giovanni Reyna (Borussia Dortmund) and Timothy Weah (Lille) are all 22 or under. Musah has also previously represented England at development level for our MU16s, MU17s and MU18s between 2017 and 2019.

Stay tuned for squad news and announcement information.
View the most recent England squad.
Sign up to My England Football for updates on squad announcements in addition to a host of other benefits including discounts and ticket eligibility.

This game will be shown live in the UK by ITV. For other regions, please check local listings or via FIFA's broadcast partner list.

England line-up, in-game stats and live commentary against the USA

Gareth Southgate has named an unchanged starting XI for England’s game against the USA on Friday night.

Fans had been concerned about the fitness of captain Harry Kane when he came off injured during the 6-2 victory over Iran on Monday.

But Southgate confirmed on Thursday that Kane would be fit for the Three Lions’ second Group B match at the 2022 FIFA World Cup.

The match might come too soon for James Maddison though, with Southgate stating he was ‘hoping James will be able to train just after the game’.

England go into Friday night’s game at the Al Bayt Stadium knowing victory would secure progression to the last 16, with a game against Wales still to play on Tuesday.

The best of the action from Doha, as the Three Lions are held to a point

England shared a frustrating 0-0 draw with USA in the second game of their World Cup campaign.

Gareth Southgate’s side remain on course for the knockout stages in Qatar despite being held by the Stars and Stripes at the Al Bayt Stadium.

Wales await in Tuesday’s final Group B game when a draw or better will see the Three Lions through.

Southgate named an unchanged line-up from the 6-2 win over Iran, the first time he has done so since the 2018 World Cup, and his side were met with a high American press from the very start.

The first chance came after nine minutes when Jude Bellingham broke through to feed Bukayo Saka who cut back for Harry Kane, but his goalbound drive was well blocked by Walker Zimmerman.
USA found their feet in the game though, and forayed down the right to summon their first shot in anger when Haji Wright, the only addition to the side that drew 1-1 with Wales, flicked a header wide.

The Stars and Stripes enjoyed a fine spell of pressure and Weston McKennie blazed over when Timothy Weah’s cross found him unmarked in the heart of the box.

And they came within a whisker of the lead when Christian Pulisic clattered the crossbar with a powerful left-foot effort.

England relocated their attacking trio in the final moments of the first half when, after sharp interplay, Mason Mount drew Arsenal keeper Matt Turner down for a save.

USA continued to counterpunch after the restart as Pulisic shaped to shoot and saw his effort blocked by John Stones.

Harry Maguire stood firm amid an American onslaught, heading clear three successive threatening corners to keep the door closed.
Jack Grealish and Jordan Henderson were introduced on 68 minutes and the former went on a jinking run moments after coming on, beating the first defender but foiled by the second.

Marcus Rashford also had an impact as a substitute but he curled a late shot on target that didn’t trouble Turner.

Kane nearly struck a winner in the final minute of injury time when he met Luke Shaw's free-kick but his bullet header sailed wide of the right-hand post. 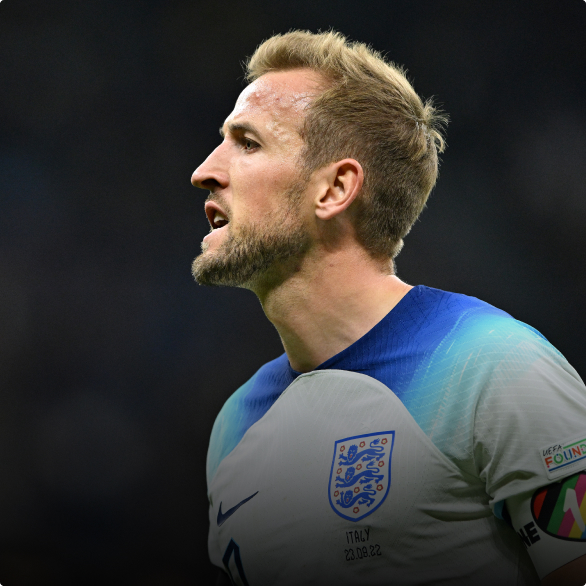 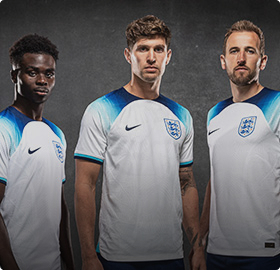