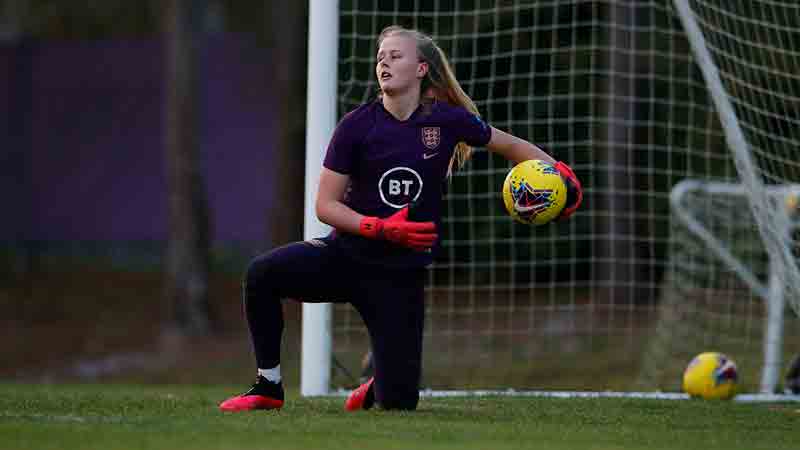 One of the goalkeeping contingent of England's victorious EURO 2022 squad after impressingh Sarina Wiegman with her form in the 2021-22 campaign and in her time with the Lionesses squad.

The Birmingham City stopper was called into the England senior squad for the first time in March 2020, when she joined the Lionesses for the trip to USA for the SheBelievesCup.

While there was no debut during that trip, she proved a popular addition to the group and was named again by Phil Neville for a training camp in September 2020.

Born in Birmingham, Hannah spent five years of her childhood growing up in Spain after moving there with her family and it was there where she found her love and talent for football.

Initially a striker, she was on the books of Villareal's academy teams and only made the switch to being a keeper on her return to England in 2010 when she joined Stoke City.

She moved to Birmingham City in 2016, having already become a regular for the Young Lionesses. In 2013, she represented our U15 while still aged just 12 and she's since gone on to pick up caps at U17, U19 and U21 level.

Hampton made her senior team debut in February 2022 during England's successful Arnold Clark Cup campaign when she starred on her way to keeping a clean sheet against Spain, before going on to make her second appearance in the 10-0 win over North Macedonia.

Find out when you can see Hannah in action for Birmingham in the Barclays Women's Championship and how to get tickets!