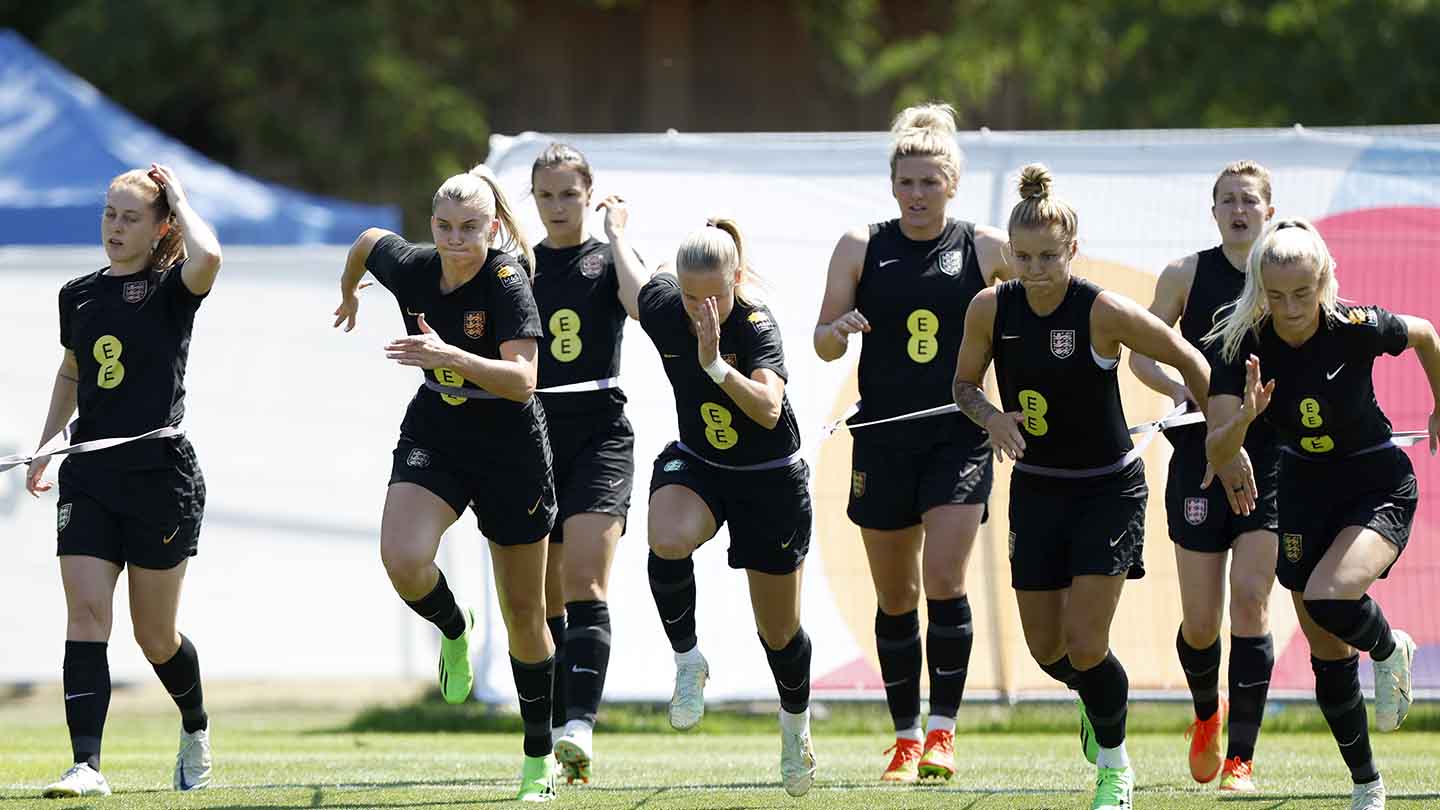 Sarina Wiegman has named a 23-player England squad to take on Austria and Luxembourg next month with the prize of a FIFA Women’s World Cup place at stake.

The European champions need a point away to nearest group rivals Austria on Saturday 3 September or, failing that, a victory at home to Luxembourg at a sold-out Stoke City on Tuesday 6 September to confirm their spot in Australia and New Zealand next summer.

Chloe Kelly and Fran Kirby will miss out through injury while two other notable absentees are Jill Scott and Ellen White after the experienced duo this week announced their retirement from football following the EURO triumph in July.

Katie Zelem and fit-again Jordan Nobbs are both included, having just missed out on the final tournament squad in the summer. There are also call-ups for three players from the last U23 camp in April, namely Lauren James, Ebony Salmon and Sandy MacIver, with the latter coming in for EURO squad member Hannah Hampton.

Wiegman said: “It only feels like yesterday since we were celebrating at Wembley, but we have to get straight back to business. We have a big target in front of us this month to book our place at the World Cup, and we have to set aside our amazing memories of this summer for the moment. We have lost four players in midfield and forward positions so I am pleased we can turn to experience in Katie and Jordan along with two for the future in Lauren and Ebony.

“When we can, it is important to give opportunities to our promising younger players in this environment, and for them to experience what is expected in the senior set-up both on and off the pitch. This includes Sandy MacIver who just missed out on the EURO.”

The squad will begin their camp at St. George’s Park this Sunday evening (28 August), having spent a successful month at the national football centre in preparation for the EURO in June.

The Lionesses will travel to Austria on Friday 2 September with kick-off for the fixture the following day at 4.30pm. After the match, the squad will return to St. George’s Park on Sunday 4 September to prepare for the Luxembourg game at Stoke.